The names are out after the final review process. 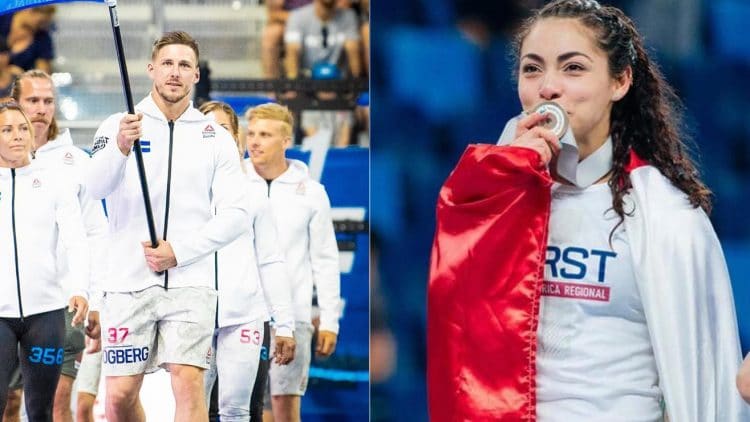 After the final reviews of CrossFit Open scores athletes from 236 countries have been announced as National Champions and they have received an invite to the 2019 CrossFit Games which will take place in Madison, Wisconsin from July 29th to August 4th.

This new National Champion qualification is a new addition to CrossFit competition among several other changes made this year. And athletes from around the globe will now have the chance to take part in the massive event.

We saw some incredible competition and this year will be fun to watch as there’s a lot more diversity in athletes who will be gunning for a high placing. This will set up a lot of possibilities and bring other communities together for this great sport.

Lukas Hogberg will represent Sweden after winning his countries National championship plus several others have followed pursuit.

Brenda Castro will also get to represent her country of Mexico for the second year after placing 34th at the 2018 CrossFit Games.

She wrote the following in an Instagram post (Translated to English)… “National champion: A year ago I achieved what for a long time I thought impossible, to have my classification to the Crossfitgames, today a year later, God gives me the honor to return to be who says present in this, our maximum competence!!! Officially”

Check out the National Champion list here and the top 20 overall from the Open in the men’s and women’s division.

Now, Mat Fraser from the US and Sara Sigmundsdottir from Iceland finished at the very top for men and women overall in the Open. But, there’s a lot of fierce competition, although we could expect these two athletes to win the whole competition. Tia-Claire Toomey from Australia (2018 World’s Fittest Women) isn’t too far behind though and it’s anyone’s guess as to who comes out on top this year.

So, let’s look forward to the 2019 CrossFit Games and the new competitors who were invited to participate!