You were probably wondering about the slowly approaching 2019 CrossFit games, and it’s only fair to keep you in the loop.

There have been several announcements regarding the forthcoming schedule, and the CrossFit organization has made some significant changes.

Like the new sanctioned competitions replacing the previous Regional events.

These events will occur around the world and will allow a chance for all competitors to qualify for the 2019 games. A CrossFit competition will give people in different countries an opportunity to compete and come together as a community.

Well, the first announced sanctioned event will take place in Dubai U.A.E. in December. The top competitors to qualify online will have the chance to compete amongst the first group of CrossFit athletes.

The qualifying events listed are scheduled to occur throughout multiple cites around the world as follows:

Successful competitors (Top male, female and teams) from these events will lock in their spots to compete in the official “CrossFit Games” in August 2019.

These affiliate cities will make up a large total of the competition but with a new elimination process, the number of finalists will be significantly less.

A significant change in rules has allowed athletes to choose their teammates regardless of affiliation. (This makes for awesome competition)!

Also, teams/individuals must now win a sanctioned event in order to qualify for a spot. The CrossFit Open will still occur in February and October 2019. The top 20 qualifiers from the Open will get a spot as well.

The changes are interesting and things are looking optimistic for the CrossFit community!

New Things are Ahead for CrossFit Competition

CrossFit is making several changes and a new style of competition makes for an interesting year looking ahead.

Competitors have more freedom to choose their teammates and international groups get the chance to showcase their talents.  The efforts for the changes were made to bring competition together.

Like mentioned previously… Madison, Wisconsin will still host the games in 2019 and a new champion/s will be crowned… 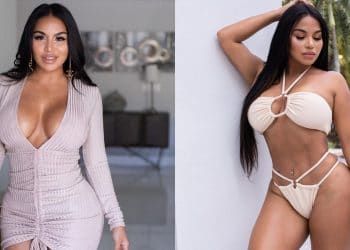