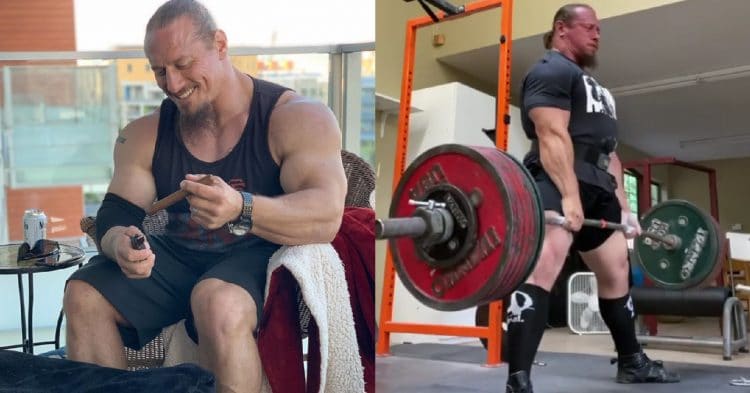 As a world record holding powerlift, we have come to expect a ton of impressive things from Dan Green. Regardless he does not seem to ever stop putting in awesome showings.

For the better part of his decade and a half long career, 38-year old Green has been turning heads and making jaws hit the floor with his elite-level skills. His consistency and power led him to achieve some unbelievable things over the years, including championships and world records. Despite the fact he began to clearly decline before he stopped competing in 2018, he is still looked at fondly in the sport for his unbelievable power.

However just because Dan Green is 38, does not mean he is washed up. He showed us a month ago that he can still do some pretty solid squats sets. Yet that did not prepare us for what he posted to his Instagram recently. The video he uploaded sees Dan completely tear through five reps of a solid 738lb deadlift.

The weight definitely does not move easily for Dan, but he manages to find a groove by the second rep. He explains that he has been having some trouble feeling right about his sumo deadlifts lately. Given how he has looked in the past that is understandable, but it was still a good showing.

Green has been moving a ton of weight for reps lately, too. Here he is, shortly after that, pulling 672lb for a whopping 7 reps. Only this time, he did the lift on a deficit.

There is no telling whether or not Dan Green is starting to get a competitive itch again. Yet he seems to be doing some serious work lately, that makes you wonder if we may see him at a meet soon. Regardless, he has been looking good as of late, and that is enough to please any of his fans.