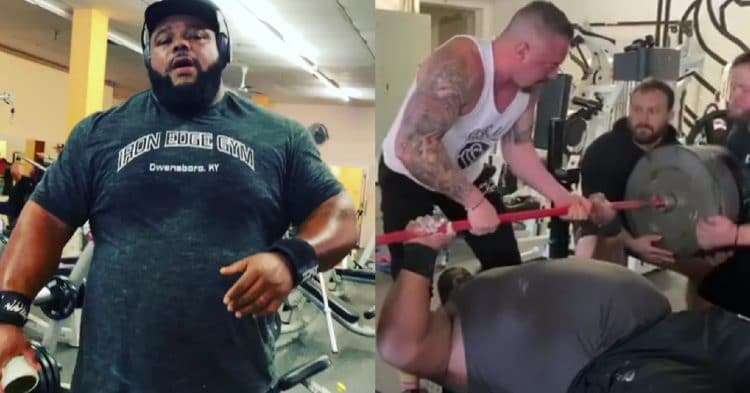 With his 800lb bench press attempt looming, there this feeling in the air that Julius Maddox was an unstoppable force of nature. However he reminded us that he is still human when he had a bit of a mishap in a recent training session.

When Julius announced his intent to push for this massive achievement, it came as little surprise. He had proven more than capable of scoring huge numbers on the bench, and it seemed all but certain that he can reach his goals. At every step of the way it would seem that this confidence was well placed, as he was showing consistent growth and improvements.

However Julius Maddox has seemed to hit a bit of a roadblock, three weeks out from his record attempt. A recent post to his Instagram showed that he was taking his chances with a massive 790lb bench press. Unfortunately he was unsuccessful, as he got stuck trying to lift the bar.

“‼️790 miss‼️ This when you have to practice what you preach and trust the process.. 3 weeks out!!”

It is certainly a good thing that Maddox had about five people spotting that massive weight for him. It is not often that we see him failing to hit a bench press. Therefore it does a good job reminding you that he is just as human as the rest of us. Although he is still way stronger than most of us.

Julius says that he somewhat got ahead of himself with his training plan for this lift, and that is understandable. Of course, that process involves more than just heavy lifts. Sometimes it involves sets of triples with bands on a 495lb bench.

It would be ridiculous to count out Julius Maddox, in his attempt to hit this 800lb goal. Nevertheless, it is good to have a reminder that these types of lifts are far from a shoo-in, even for someone as talented as he is.