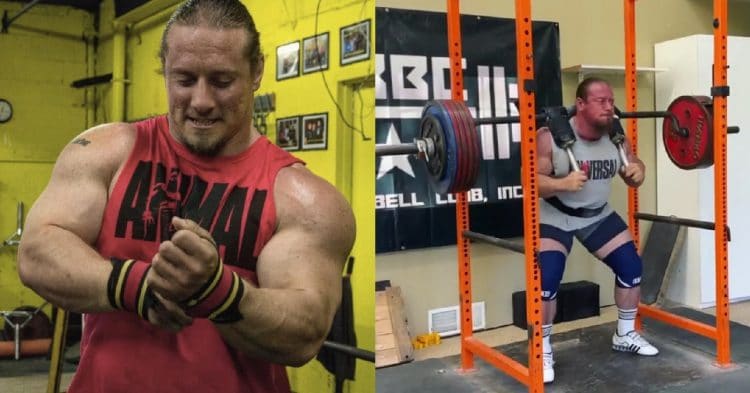 Dan Green has been an elite powerlifter for a long time. However, he showed recently that just because he is 37 years old, does not mean he can not still have some epic performances in training.

Having competed since 2007, Dan has accomplished an incredible amount during his career. Over the course of his career, he captured several world records, and championships during his eleven years that he has spent in the sport. Although he has not competed in almost a year and a half, he has shown to be a mainstay among the elite athletes in the world.

However, as he showed recently, Dan Green has not slowed down on his training, even when he is not competing. He took to Instagram to give a glimpse at some of the squat work he has been doing. In particular, he tore through six reps of a hefty 650lb squat using a safety bar.

“650 x 6 Safety Bar Squats (295 kg)
Not far off from my rep PRs but feeling pretty routine 👊🏼👊🏼Body felt pretty good and got in volume on squats, good mornings and the GHR.”

That was a clean set from Green. He plowed through those reps, doing so with a smooth and consistent pace. It was a strong showing of control, for all six of the reps, even if it were not the best he has ever done with the safety squats.

Dan has been messing around with a few different squat variations recently. Here he is, just a few weeks earlier, this time working on his front squats. He did three sets of 405lb for eight reps, doing so with ease.

Judging by these recent training videos, Dan Green has been working really hard lately. It is unclear when we may see him at a meet next, but it is sure to be a show when he does appear.