Watch: Dexter Jackson Opens Up About Relationship With Roelly Winklaar 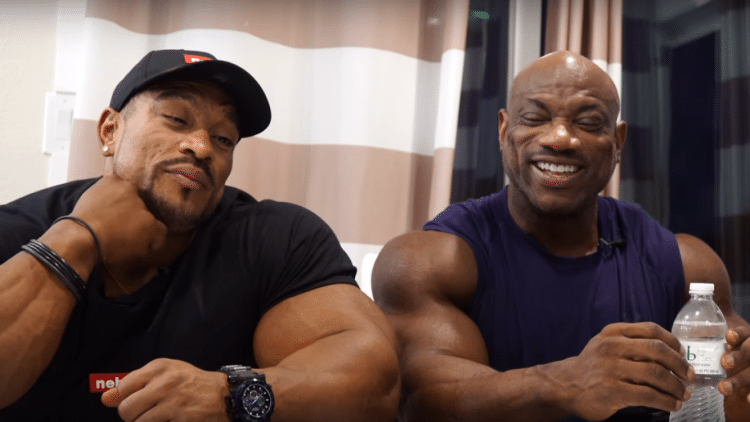 It is well known that Dexter Jackson and Roelly Winklaar are very close friends inside of bodybuilding. Following the 2019 Mr. Olympia, the two were reminiscing about good times and talking about how important their friendship is.

Leading up to the 2019 Mr. Olympia, Dexter Jackson was looking to do the impossible, by winning the Olympia for his second time, ten years after the first. In order to do that, he trained with his good friend and fellow competitor, Roelly Winklaar. This is nothing new, as the two have helped each other for a long time.

In the end, this teamwork paid off. Jackson earned 4th place in the Olympia, while Winklaar earned 5th. While they did not receive the results they hoped for, the two still looked very good. It is clear that working together benefits both men.

However, Dexter Jackson wanted to make it known that the relationship is more than just training. Following the Olympia, he held a cookout, where he hung out and talked about the Olympia. However, he also wanted to talk and reflect on his friendship with Winklaar. Subsequently, he made it clear that this relationship is pretty important.

Jackson started off explaining how he views Roelly.

“Let me tell you something about this guy. He’s like one of my best friends in the sport. Every time we go out of the country and whatever.”

Following this statement, the two began sharing stories about their adventures on the road for competition. They explained that Jackson started a tradition of getting Chinese food after events. Additionally, they joked about Roelly Winklaar having a deep love of ice cream. The pair joked and laughed together, enjoying the memories.

It is clear by the look on their faces, that both Dexter Jackson and Roelly Winklaar care deeply about each other. Their friendship is reminiscent of that of Arnold Schwarzenegger and Franco Columbu. It is touching to see such comradery in the sport of bodybuilding.

Dennis James: ‘You Can Easily Make A Case For Hadi Choopan Winning Olympia’