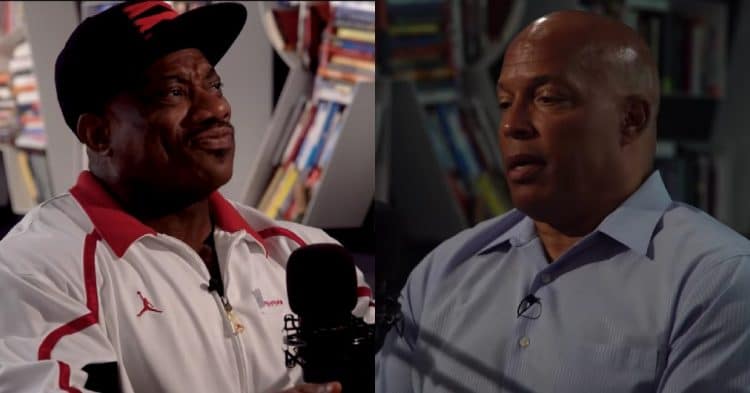 Shawn Ray recently made some negative comments about today’s bodybuilders, and in particular Dexter Jackson. Now the Blade has decided to respond, taking aim at the bodybuilding legend.

Ray spent the better part of his career competing against some of the best bodybuilders ever. Although he did not capture the Olympia title, he was a regular in the top 5. That is why his opinion on today’s generation of bodybuilders, which he gave recently, carried so much weight.

While Ray was critical of everyone in this generation, he seemed to particularly go after Dexter Jackson. He made comments about how the Mr. Olympia winner would beat everyone today, if he were in his prime. However Shawn said that prime version of Dexter was not enough to be very successful in his era.

Jackson caught wind of these comments and decided to respond. Speaking with Patrick Bet-David, he listened to the comments Ray made. Although at first, he was hesitant to comment, he began talking and went after Ray.

“Here’s the thing, people are always coming out, trying to compare eras. You can’t compare eras. This era is totally different from the ’90s. Those guys were sucked in, and sucked down, and I was eating 4 or 5 meals a day to look like that. Nowadays, you’ve got to eat your ass off to be full. You come in like that, you’re going to get smoked because these guys are full these days.”

Dexter Jackson went on to explain that he has pictures of the last Olympia that Shawn Ray competed in. He says that he absolutely smoked Ray at that point, which is what Dexter considers his own prime.

“I’ve got no problem losing to Shawn, but me in my prime I would definitely smoke Shawn. For sure. It wouldn’t even be close, I was 230, and he was 200. Shredded from head to toe. Shawn didn’t even have shredded glutes. Come on man.”

What do you think of these recent remarks from Dexter Jackson?