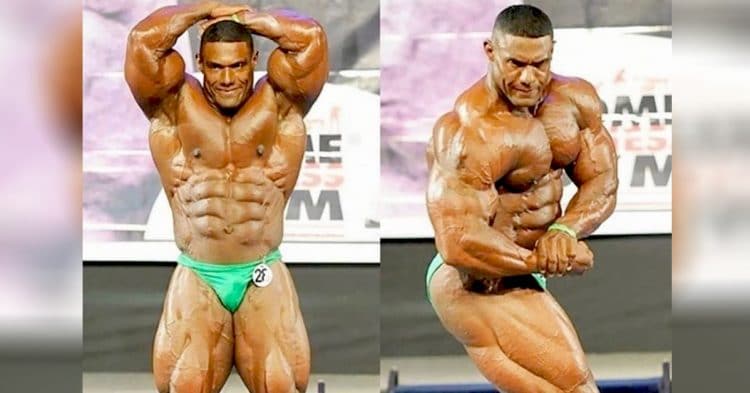 Victor Martinez is currently in mourning. He has lost a fellow bodybuilder and acquaintance, Novoa Mendez.

Mendez was an IFBB pro bodybuilder, from the Dominican Republic. This is why he was drawn to, and felt a connection with Victor Martinez. Moreover, this is what upset Victor, when he found out that Novoa had tragically passed away.

Martinez made the revelation that he heard of Mendez’s passing in an Instagram post. Here he recounted the first and only time he interacted with Novoa. Moreover, Victor explains that it was some sort of health complications that led to his tragic death.

“Sad day today to hear the news that my fellow countrymen and pro bodybuilder @novoamendez has passed. @palofit informed us that he had some health complications that led to his passing.

I got the chance to compete with him in the Toronto pro show in 2013 and his physique caught my eyes because he was very impressive and after learning he was from the same side of town in the #dominicanrepublic el cibao I definitely had to make sure he was ok and understood the prejudging rules.

Sadly it was the last time we interacted even though I did invite him to all my shows I held in DR. I never got to see you again my friend,but one thing I can say for sure is that you were a very kind and good hearted man that never reached his full potential #rip thank you @npcnewsonlineofficialpage Jim Manion and @ifbbjondelarosa for making his dream come true and compete on the big stage @npcworldwiderd @ifbb_pro_league”

This is certainly some pretty heartbreaking news to hear. Despite their limited knowledge of each other, it seemed Mendez had quite the impact on Victor Martinez. It is a shame that his full bodybuilding potential was never realized.

FitnessVolt would like to send it’s sincerest condolences to the friends and family of Novoa Mendez.