Dorian Yates recounts the 1994 Mr. Olympia, where he felt that Flex Wheeler could have won if he were able to compete 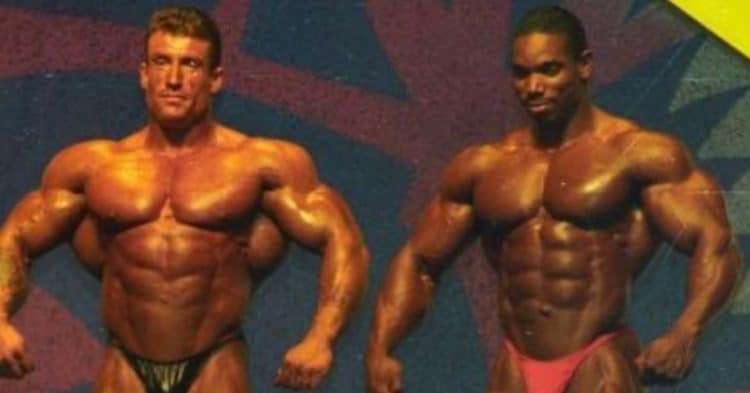 When you think back on the legacy of Dorian Yates, it is hard to imagine anyone getting the upper hand on him during his prime. However he says that there is one person who could have surpassed him on the right day.

At the peak of his career, Yates was almost unstoppable. He took on the best of the best during his reign of five consecutive Mr. Olympia titles, before walking away without losing his title.

When he finally called it a career in 1997 there was nobody who had gotten the better of Dorian for a very long time. It left many wondering what would have happened, had he continued to compete instead of ending his career while on top.

Related:Dorian Yates Shows Off His Amazing Physique at 58 Years Old

However there was one person who almost got the better of Dorian Yates. Speaking in a recent interview, the bodybuilding legend was asked about who could have had the potential to best him, while he was reigning as champion.

For the most part he says nobody could have touched him, but there was one name that stuck out. In 1994, Dorian felt like he was not at his best physique and that Flex Wheeler could have beaten him, if he were able to compete that year.

“Some years were better than others. ’94 I wasn’t happy and Shawn was in great shape, but if you look over the majority of the poses I just overpowered him,” Yates explained.

From there, Dorian Yates was asked a hypothetical question. If he were not competing at the time that he was champ, and was instead coaching one of the other top bodybuilders of the time, who would have been most successful?

To him, that honor again went to Flex Wheeler. Dorian felt that Flex’s training ethic was not always the best, and that he could have done well to help Wheeler find even more success.

“I’m not saying I watched all of Flex’s workouts or nothing, but I saw him train a few times and I know people that watch him train, and there was definitely more left in the tank…

“He was quite an emotional guy, so sometimes he’d lose his focus. So I’m like man, if I had this guy and he did everything I did, he would just be dangerous. Just look at that guy, and how he looks already. Fortunately that wasn’t the case.”

It is clear to see that Dorian Yates has a lot of respect for Flex Wheeler and the physique that he brought to the stage. It does make you wonder what could have been between these two, especially in 1994.