Building muscle and getting stronger can be very time-consuming, but they don’t have to be. HIT is a style of training where workouts last minutes and not hours. Short on time but still want to work out? Try HIT! 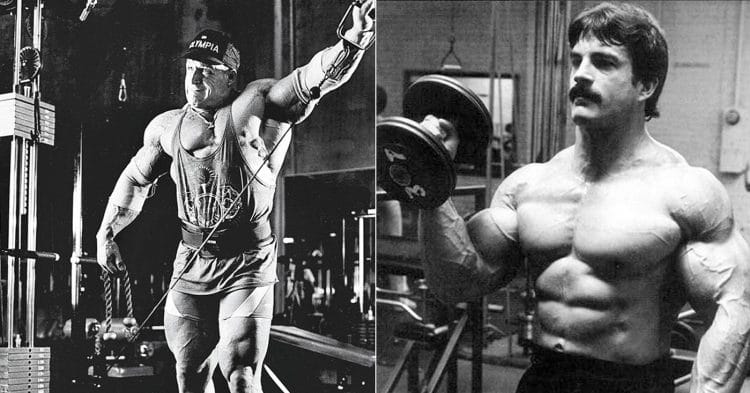 When it comes to building muscle size and strength, there are lots of different approaches to choose from. You can work out with free weights or machines, use full-body or split routines, follow a bodybuilding, powerlifting, or powerbuilding program, and even add training systems to your workouts to make them more effective.

While all of these approaches work and can be combined to create an enormous array of workouts, they have one thing in common – they’re all very time-consuming.

Whether you use a split routine or prefer full-body workouts, you’ll need to dedicate three to five hours or more per week to training. By the time you factor in traveling time, warm-ups, and cool-downs, it’s easy to see why some people feel they don’t have time to work out.

Thankfully, there is an alternative to lengthy workouts, and it’s called HIT. According to the proponents of HIT, you don’t need to spend hours training, and you can get great results from workouts lasting mere minutes.

In this article, we’re going to discuss the advantages and drawbacks of HIT and provide you with a time-saving workout to try.

Firstly, it’s important to differentiate between HIT and HIIT. HIT stands for High-Intensity Training and refers to strength training. It’s all about building muscle strength and size. In contrast, HIIT is short for High-Intensity Interval Training, which is a type of cardio/conditioning training. 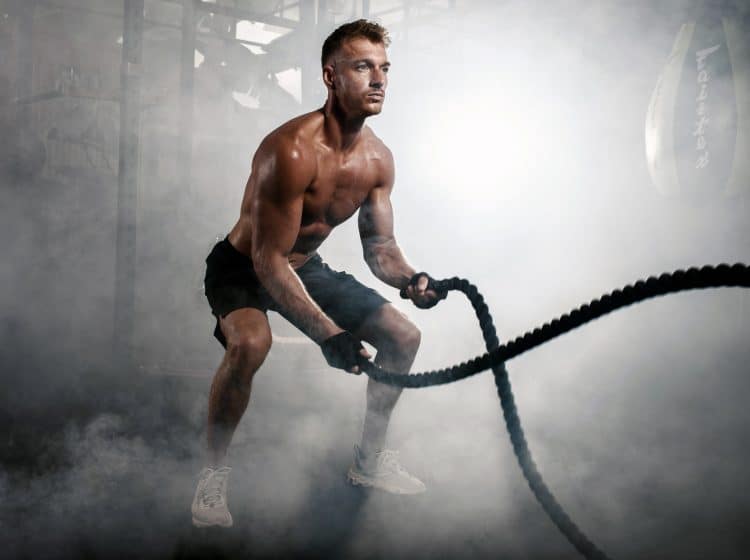 While HIT and HIIT are both short, intense workouts, they’re on opposite ends of the exercise spectrum, so it’s important not to confuse them.

HIT has been around for over 50 years and was popularized by American scientist and designer/founder of Nautilus strength training equipment Arthur Jones. Jones was known as being a temperamental genius who fell out with just about everyone who ever worked with him! This, in part, was due to his dogmatic belief that there was only one way to exercise, and that was the HIT way.

The basic premise of HIT is that it’s exercise intensity and not volume that triggers increases in strength and muscle size. Once maximal exertion levels have been reached, any additional exercise above and beyond this point merely erodes away at valuable recovery resources and delays progress.

Jones believed that anything more than a single set taken to absolute failure was a waste of training time, and the entire Nautilus strength training equipment range was designed around his theories. Followers of Jones’s theories are often called, not unkindly, HIT Jedi, so strong is their belief that one ultra-intense set is all you need to maximal results.

Training to failure means different things to different people, but, as far as HIT is concerned, it means getting to a point where it is impossible to perform even one more rep, although you should try! Some HIT advocates will then extend this single set with things like forced reps or drop sets.

To promote his theories, Jones worked with several famous athletes, including stars of American football, wrestling, basketball, and bodybuilding who stayed with him at his facility in Florida and were trained by Jones himself.

The workouts were famously brutal, and many athletes known for their physical prowess reported feeling utterly broken by Jones’s intense training regime. Some even left the facility after just one workout and were unable to cope with the demands of HIT.

Needless to say, HIT is not for everyone!

In one notable study, Jones worked with bodybuilder Casey Viator and, back in 1973, increased Viator’s lean body weight from 180lbs to over 240lbs in just four weeks. This was dubbed the Colorado Experiment.

Admittedly, Viator dieted down to establish a very low starting weight for this study and was also returning from serious injury. He may also have been using steroids. However, the fact remains that Jones only trained Viator 14 times in the four-week period, and each workout averaged 33 minutes.

Other well-known HIT fans include Mike Mentzer, who is arguably the greatest bodybuilder never to win the Mr. Olympia and 6-time Olympia winner Dorian Yates.

Mentzer became such a fan of HIT that went on to write several HIT workout guides, calling his system Heavy Duty Training.

Yates did not use HIT exclusively but did focus more on workout intensity and less on volume than many of his contemporaries. He called this the “blood and guts” approach to bodybuilding training. He also worked out with Mentzer several times.

The Pros and Cons of HIT

Like any training method, HIT works. That’s because, however you do it, providing you overload your body, it will respond by getting bigger and stronger. Your body adapts to the stresses placed on it, and providing that stress is a) sufficient, b) repeated, c) progressive, your body will continue to adapt.

However, like any training method, HIT has pros and cons.

The main PROS of HIT are:

Shorter workouts: HIT workouts are much shorter than most bodybuilding workouts. Doing just one set per exercise means you’ll spend less time training and less time recovering between sets. Even a full-body HIT workout should be over and done in about 30 minutes. 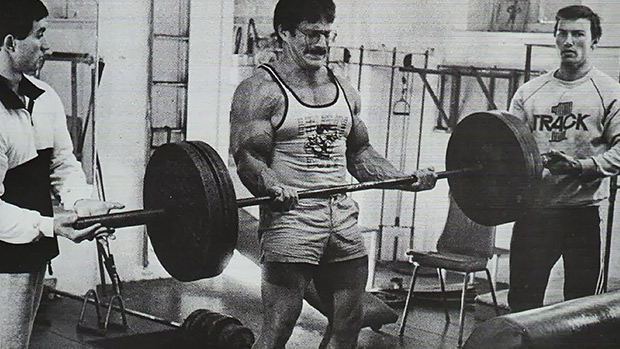 There is very little danger of overtraining: With such low workout volume and frequency, you are much less likely to become over trained. Overtraining occurs when your workout intensity and volume exceed your ability to recover. If long, frequent workouts have left you feeling burnt out, HIT could be a viable solution.

The polar opposite of most bodybuilding workouts: The reason that HIT works so well is that it’s a very novel way to train. If you are used to doing four sets of four exercises per muscle group, doing just one set to absolute failure will be a huge shock, and that shock could produce some noticeable gains in muscle size and strength.

Very measurable progress: When you do just one set of each exercise, it’s very easy to see that you are getting stronger. For example, if you did nine reps with 100kg last week and manage ten reps with the same weight this week, you’ve made measurable progress. Plus, you’ve also got a goal to shoot for next week.

Of course, there are also some CONS you need to consider:

Brutal workouts: HIT training is HARD both physically and mentally. There is no such thing as an easy HIT workout. Not only do you have to take every set to failure, but you may also need to it by using drop sets and forced reps.

This means you start every training session knowing you’re in for a whole lot of pain and that can become wearing. You may even begin to dread your next workout because you know how much it’s going to hurt. HIT is not fun!

You can’t afford an off-day: With HIT, you have one chance to push your muscles to the limit so that they get stronger and grow. That means you can’t lose your concentration, start your workout feeling tired, or allow anything else to undermine your workout performance. You need to give each and every workout your all and if you don’t your progress will suffer. In contrast, with a non-HIT workout, you can make up for any lack of intensity with some extra volume to get the results you want.

Injuries: Training to failure all the time can lead to injuries. Even if you warm-up properly, taking every set of every workout to failure puts a lot of stress on your muscles, tendons, and joints. Also, as you must take your set to failure, you could find yourself pinned under a heavy barbell. Because of this, a lot of HIT experts recommend resistance training machines and not free weights. 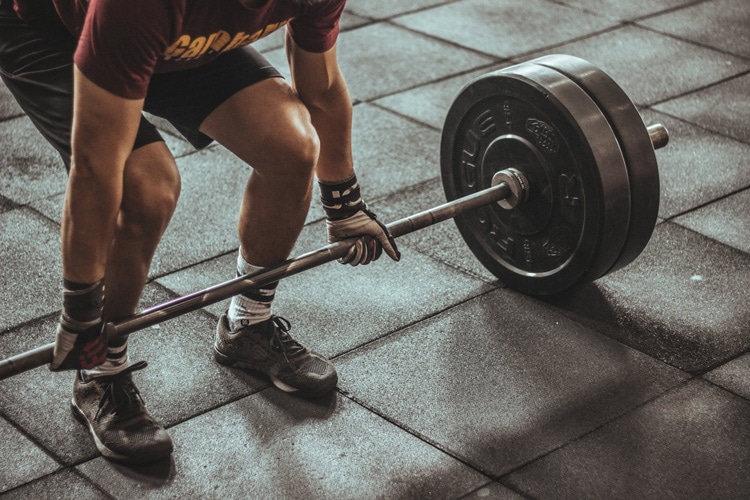 You can’t work out as often: While some people will see this as a pro, it can be a con too. If you enjoy working out, HIT may not be the training style for you. Most HIT workouts are over and done in 30 minutes or less and require just 2-3 sessions per week.

It’ll stop working eventually: HIT is often promoted as the ultimate form of strength training, and that all other methods are nothing but a waste of time and energy. The reality is, almost any approach to exercise that is sufficiently challenging will work – for about six weeks. Once that window of adaptation begins to close, it’s time to try another one. Like any workout, HIT will eventually lose its potency and stop producing results.

May not be as effective as multi-set training: Studies suggest that while one set to failure WILL produce significant increases in muscle size and strength, a single set isn’t as productive as multiple sets (1). However, it’s important to note that most of your gains come from that first set, and doing more sets only produces a small additional increase.

The best way to determine if HIT is for you is to try it. Follow this workout for six weeks. You’re going to train three times per week, alternating between two workouts. Remember, after a warm-up, do just one set of each exercise, training until you reach failure. Feel free to end your set with some forced reps or a couple of drop sets to crank up the intensity level even higher. 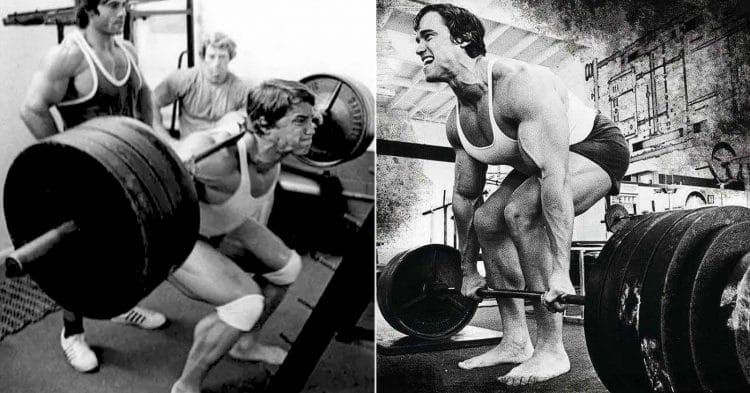 For squats and deadlifts, train to form failure rather than absolute failure. In other words, stop your set just before your technique starts to break down. Going beyond form failure, where you have to use poor technique to crank out more reps, could lead to injury.

Is HIT the ultimate form of strength training? Probably not. Like all types of workout, it will work for a while, and then you’ll adapt to it, and it will cease to be so effective. However, if you are coming off a high-volume training program and need a change of pace, HIT could be perfect for your next training cycle.

Alternatively, if you’re short of time or are struggling to recover from longer workouts, a month of HIT could be just what you need.

Like pre-exhaust, supersets, and other training systems, HIT really does work, but it’s just one of the many tools you have at your disposal. 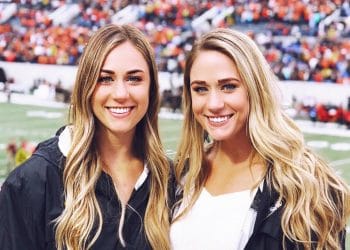 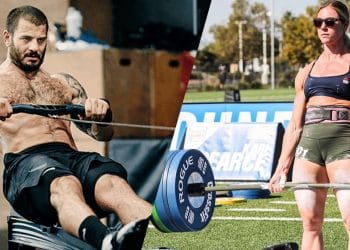 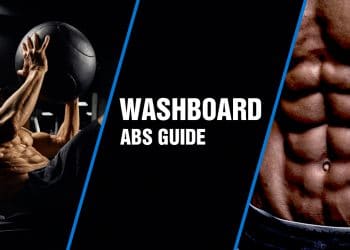