It's been a year of scandal for the IWF leadership, with the final quarter of the year being led by Dr. Michael Irani, Chairman of the IWF Medical Committee. 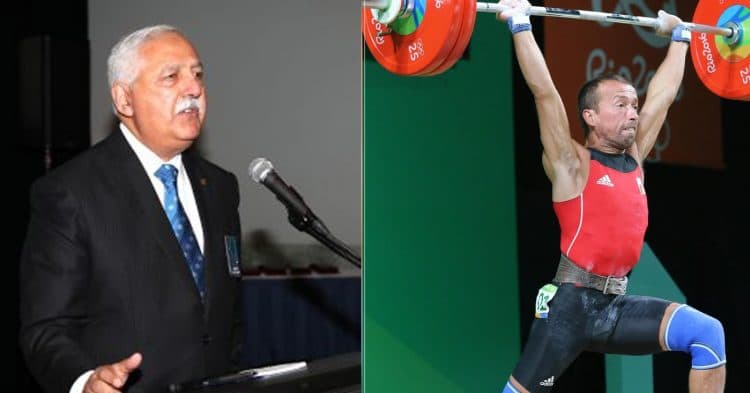 It was October 13, of this year when the IWF Executive Board met in the absence of their Interim President Ursula Papandrea to vote to replace her with Thailand’s Major General Intarat Yodbangtoey. Just one day later, Dr. Michael Irani was voted in as his replacement.

The Irani move marks the fourth President the IWF has seen since January 2020, marking a year of scandal in the leadership of the IWF.

The year began with Tamas Ajan at the head, but he was forced to step down after a documentary revealed allegations that he was involved in a cover up in a doping and financial scandal.

Ursula Garza Papandrea stepped in, and at first appeared as if she could do the job.

She wanted changes such as the IWF Athletes Commission in place, and she also reinstated the IWF Anti-Doping Commission, that included partnering with the International Testing Agency (ITA).

Papandrea’s replacement was Intarat Yodbangtoey, who resigned after just a day on the job. Professor Richard McLaren issued a report that indicated Yodbangtoey was alleged to have been involved in a bribery scam for votes to become President.

The International Olympic Committee (IOC) and USA Weightlifting weighed in, as did the IWF Athletes Commission, all calling for a no confidence board with the IWF.

As we previously reported, USA Weightlifting has already expressed serious concerns about the changes in leadership, prior to the addition of Dr. Irani. Now a new change is in place, and their concern for the direction of the sport is only likely to grow.

Yesterday, Dr. Irani, a member of the IWF medical committee since 1992, was asked to step in. He is being noted as the Interim President.

It’s not just the IWF that is calling him an Interim President. In a statement released by Irani, he noted he does not intend to run for the role in the future.

“I am grateful to the IWF Executive Board for entrusting me with the Presidency on an interim basis. I do not intend to stand as a candidate for the IWF President position in the future, so I will be able to focus fully on the reforms leading up to a clear and transparent IWF Congress.”

In his statement he also noted his gratitude towards the Member Federations, IWF EB, and Commissions, for their “commitment to anti-doping.” He also nodded to the IWF Constitution.

It is clear Irani’s goal while serving as Interim President will continue on the path of reform. His release indicated he’s pleased the IWF EB will be extending their partnership until the end of the 2024 Olympics. These acts are in line with his extensive experience in fighting doping in the athletic community on the world stage.