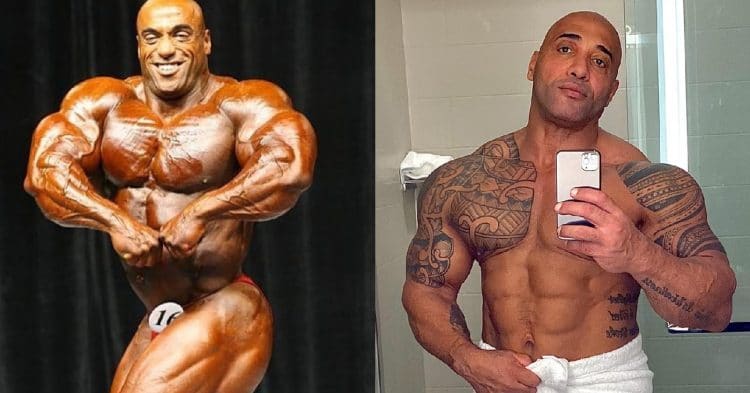 Fans of Dennis James are always begging to see updates on his physique. They were certainly not disappointed when he finally gave them what they asked for.

Although he never quite emerged as the best bodybuilder of his era, James was always a mainstay among the elite. For nearly two decades he brought a solid physique to the stage at every competition, winning a few shows and scoring fourth place at the Olympia in 2002. Even by the time he walked away from the sport in 2012, he was still looked at as one of the most aesthetically pleasing athletes in the sport.

Ironically enough, the not-so intense nature of the training of Dennis James may be what prevented him from reaching the highest pinnacle of the sport, but it has also led him to maintaining his incredible physique, well past his 50’s. He does not show it off often, but a recent physique update from the 54-year old showed just how good he looks at this point in his life. The pair of pictures posted to Instagram see him standing shirtless in front of a mirror, and it safe to say that he does not look his age in the slightest.

Virtually anybody would be happy to look the way he does at his age. Dennis was always known for his mountainous traps and boulder shoulders, and this is still the case. Not to mention that he still has a ridiculous six pack, with good separation in his abs.

Now clearly, Dennis James is no longer the same size that he was in his prime. However in terms of his actual physical conditioning, he is in tremendous shape, especially for his age. It seems that the older he gets, the more impressive it becomes that he has maintained this type of physical shape. It is a testament to how serious he takes his fitness, that he can still train like he does and avoid any major injuries.

There have been some crazy instances of bodybuilders who can defy age over the years, but Dennis James is easily one of the most impressive. He has somehow found a way to stay healthy, while also maintaining a physique that is basically at a level that average people strive for. One thing is for sure, it never ceases to amaze us.