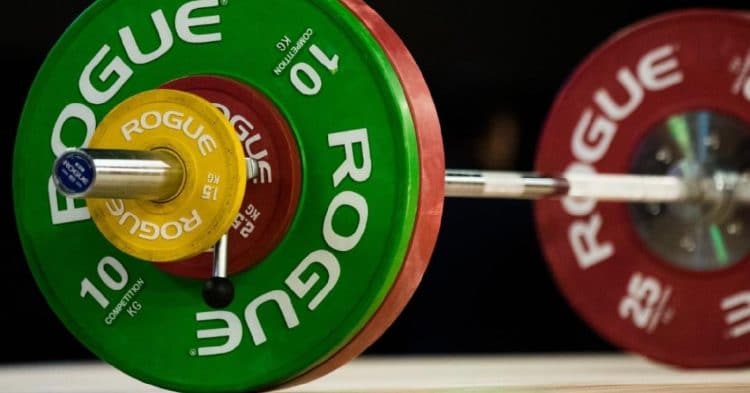 The International Weightlifting Federation (IWF) has made some big changes in their leadership recently. This has both USA Weightlifting and the IOC expressing concerns about what the future of the sport may look like that this new regime.

Earlier this week the IWF revealed that they would be making some changes in leadership moving forward. They revealed that Intarat Yodbangtoey would be replacing Ursula Garza Papandrea as the interim President for the organization. Not only that, but Phil Andrews would no longer be acting as interim deputy-director, stepping down in light of the IWF’s decision.

This news has not sat well with the members of USA Weightlifting. They took to their Instagram page to express their growing concerns with the direction of the sport, following this massive change. This is something that they feel will be detrimental to the sport, and that it is counterproductive to change within weightlifting, in terms of cleaning up the sport.

“Today is a dark day for Weightlifting.

On behalf of the 24,000 members of the USA Weightlifting federation, we strongly condemn the actions of the IWF Executive Board today in removing Ursula Garza Papandrea as interim president and removing Phil Andrews as the interim deputy director-general. Furthermore, we are disgusted and outraged by the IWF Executive Board’s recent blocking efforts to create real and substantive change in the areas of governance, anti- doping reform and athlete representation.

These transparently corrupt actions serve only one purpose: rewarding and empowering nations who can only win by cheating.

The International Olympic Committee (IOC) has repeatedly instructed the IWE to embrace change and reform itself. Under the interim leadership of Ursula and Phil, more progress towards reform has been made than the collective 50 plus years previously under prior IWF Leadership. The IOC celebrated this progress and encouraged the IWF to continue.

But today’s outrageous actions by the IWF Executive Board threatens to undo this progress and jeopardizes our sport’s place in the 2024 Olympcs and beyond. Simply, without honorable people at the hm of the the future of weightlifting in legitimate international competition is unlikely.

The ideals of clean sport and fair play are under attack. It is disheartening the IWF Executive Board wishes to return Weightlifting backward to an era where cheating was celebrated and clean athletes’ voices were silenced.

We call on other like-minded nations to vocalize their desires for complete reform at the IWF. We need to protect first and foremost the clean Athletes.

We will raise our extreme concerns to the IOC level, along with the concerns of other like-minded countries.”

USA Weightlifting was not the only group to express concerns about these changes. The IOC also appears leery of this choice, in a statement that they released on the matter. Here they shared similar concerns to USA Weightlifting, but also say that they do not have enough information to make a formal decision.

“The IOC is very worried to learn about the reported decision made by the Board of the International Weightlifting Federation (IWF) to replace the Acting President, Ms Ursula Garza Papandrea, the way the decision was taken and the chosen replacement. The IOC enjoyed excellent cooperation with her during her time in office, and is fully supportive of the reforms she has initiated in the IWF. Currently the IOC has not received all the information to fully assess the situation in its entirety.”

It should be noted that the brunt of these concerns stem from the mass amount of corruption in the sport, during the previous leadership. USA Weightlifting made it clear that they felt the sport has gone through more reform under Ursula Garza Papandrea and Phil Andrews than they have in a long time. While it is still to be seen what the new leadership will look like, there is no doubt that their concerns, as well as that of the IOC, come from a place of caring about the sport and wanting it to be clean and taken seriously.