The 2017 World's Strongest Man champion did not look like your average muscular 16-year-old... he was more massive! 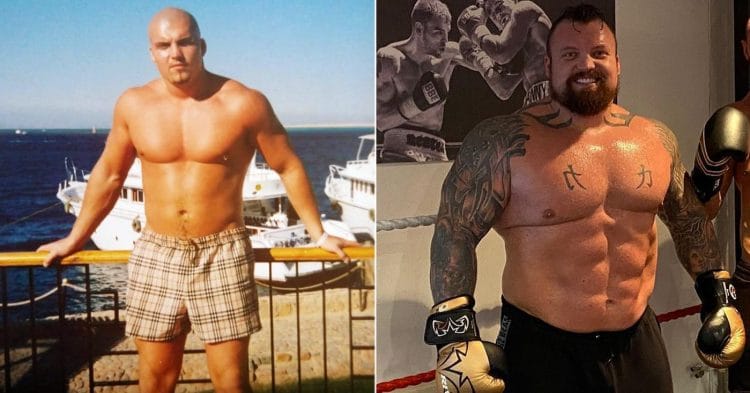 It’s hard to imagine that Strongman legend Eddie “The Beast” Hall was ever a small guy and well… he never was! Even at age 16, the former World’s Strongest Man champion and previous all-time deadlift world record holder looked like a grown-ass man who had several years of weight training under his belt.

The now 33-year-old recently posted a throwback photo of him posing for the camera in “Nipple City” (typically Eddie Humor).

If he really was 16 at the time and we have no reason to doubt he was, then the comments under his post are pretty accurate. Because it’s not just his physique that appeared much more developed than even most muscular 16-year-olds; he looked very mature in the face too.

Although we do have to remember that he isn’t your average dude either. Hall is considered one of the greatest strength athletes in history and genetically, he’s in a league of his own.

But some people just appear to be more mature at a younger age and so there’s nothing unbelievable about it.

Some of the comments were pretty funny though. One person commented, “when did you look 16, when you were 4?”

Another wrote, “looks like you have three kids and mortgage“.

The British Strongman retired from competition in 2017 but he certainly has not retired from life. Hall has taken on any and all challenges that can be seen on his YouTube. But none can compare to his upcoming boxing bout with fellow Strongman competitor and foe Hafthor Bjornsson, scheduled for September 2021.

The two have been wanting to knock each other’s heads off for a while now, stemming from their Strongman battles, and now they’ll have a chance to do so.

Neither is taking this lightly either with both having dropped lots of weight and improving on their skills.

It’s going to be a spectacle and we can’t wait to see how it goes down!