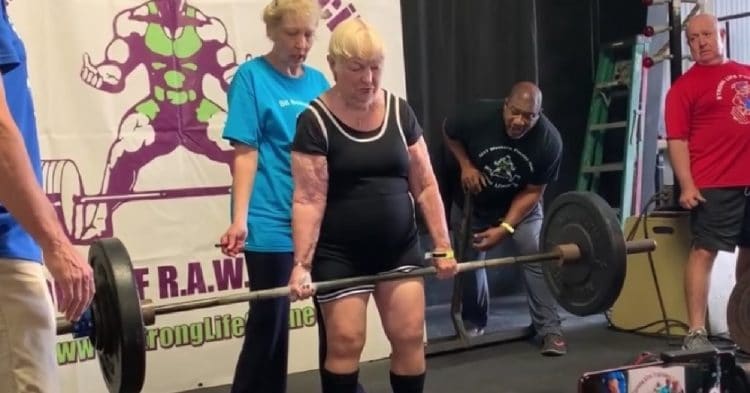 It takes a lot of hard work and dedication to be a competitive powerlifter, even when you are a young person. That is what makes Edith Murway-Traina all the more incredible, as she is competing at 100 years old.

There are a lot of words you can use to describe Traina, with perhaps the most important of these being a great-grandmother. On top of that, she spent much of her youth being a former dance instructor, bringing entertainment to all of her friends and family, and lighting up every single room she steps foot in.

However it could be argued that the greatest achievement that Edith has ever accomplished, comes in the form of the world record that she scored for the Guinness Book of World Records. As seen in a video that they posted to their YouTube channel, she was recently certified as being the oldest competitive powerlifter to participate in a meet.

The last time that she was at a powerlifting meet, Edith Murway-Traina was 98 years and 94 days old, competing in 2019 before the global pandemic forced her to take a break from competition in order to protect and look after her health. However she plans to return to competition later this year, in November, which would serve to further extend the record that she has.

What only adds to the impressive and insane nature of her achievement, is the fact that she did not even start training in the gym until she was 91 years old. She makes the jokes that she was forced there kicking and screaming with her friends, although they say that it was the opposite and that she loves to test herself when she sees anybody trying anything.

Regardless, Traina ended up in the gym and saw people lifting weights. So she decided that she would give it a try, and with a little guidance, she quickly discovered that she enjoyed the feeling of lifting weights, continuing to come back, and eventually deciding to compete at a powerlifting meet.

“While I was watching those ladies doing their thing, I thought I just as well should pick up a few bars, and I did,” she said.

It is incredibly inspirational to see Edith Murway-Traina setting this world record and continuing to compete at 100 years old. It goes to show that there is always time to find your passion for the gym, no matter how old you are.