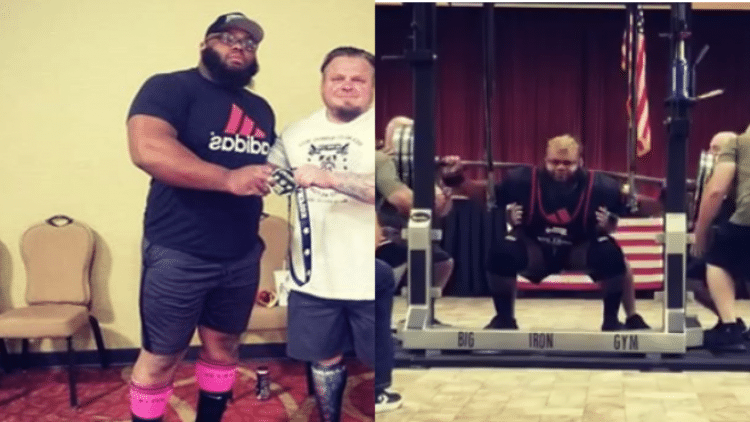 Erick Lewis may not have been powerlifting for a long time, but he is well on his way. He hit a massive total lift, cementing his place as one of the top-ups and coming young athletes in the game.

Lewis is just 20 years old, and already looking primed for greatness.  He went into the  2019 UPA Big Iron Gyms Hussey Classic in Omaha, Nebraska as someone to keep an eye on. However, his biggest performance thus far was of a total lift 2,201lbs, which is respectable but nothing earth-shattering.

Nevertheless, that was going to change at this competition. In the +308lb division, Lewis stepped up to see just how well a 20-year-old could do. Subsequently, he was able to land an incredible 2303lb raw total lift. This put him as just the 28th person to ever score over 2,000lbs in a total. Moreover, he became only the 7th athlete to do so with a raw lift.

Lewis went 9 for 9 in the event, with his best lifts looking as follows:

This impressive execution puts Lewis in history books, as achieving the highest Junior total lift. Additionally, he was the first Junior to accomplish a raw lift of over 2,300lbs. The impressiveness of this is increased, when one considers that he has made a jump of over 100lbs in 5 months, since his last event.

Check out the video of this epic lift below:

Lewis is displaying good technique, especially for someone of his experience. This is quite an impressive showing from the young prospect. He even looks able to push himself, and accomplish more. To put this into perspective, Thor Bjornsson recently lifted a mere 122lbs more.

One thing is for sure, Erick Lewis is going to be a force to be reckoned with. He is just 20 years old, so he is in prime position to keep growing and improving quickly. If he can improve this much over such a short time, there is no telling what his ceiling is.