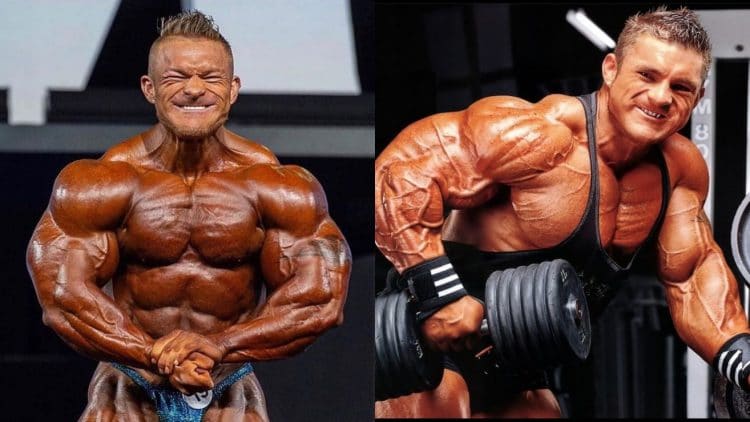 Fans have been wondering whether or not we would see Flex Lewis compete at the 2020 Mr. Olympia. That wait is over, as it has been revealed that he has accepted a special invitation to the event.

Lewis is widely regarded as the best 212 bodybuilders of all time. The full list of his accomplishments would take forever to name. However, he is the seven-time winner of the Olympia, as well as a winner of the Arnold Classic. He is regarded as a fan favorite and one of the best to ever do it.

It is for this reason, that when Lewis revealed that he would not be competing in the 2019 season, fans were dismayed. Since then, there has been a somewhat impatient wait to see when he will return. As time passed, and someone else was crowned 212 Olympia champ, one could not help but to feel as if something was missing.

Nevertheless, it would seem that the wait for the return of Flex Lewis is over. According to a report from NPC News Online, and confirmed by the officials at the Olympia, Flex will be granted a special invitation to compete at the 2020 event. Moreover, instead of competing at his usual 212, he will be taking the stage as an Open competitor, looking to capture the title of Mr. Olympia.

“After winning a record 7 consecutive titles in the Under 212lb division, followed by a year away from competition, Flex is now focused on becoming just the 16th winner in the 56 year history of the Mr. Olympia. ‘I spent a year away from the stage. The year off has given me the chance to prepare myself for the most intense contest prep of my life.’ Flex continues, ‘It’s every bodybuilder’s dream to become Mr. Olympia.

This process started the moment I walked off the stage at the 2018 Olympia. I am laser focused on competing against the best of the best this September in Vegas.’ At just 36 years old, the Welsh Dragon is still in his competitive prime and fans have often wondered how the former 212 King might stack up next to the biggest and the best in the world.”

Later today Flex Lewis posted a thank you message on his Instagram:

Today I have been overwhelmed with so many messages, reposts and tagged images, so blessed to have ALL your support. #Humbled #ThankYou

It is clear that Lewis knew this announcement was coming, as he was seen hitting the gym with WWE star Roman Reigns. Here, Flex looks massive, crushing some huge pulldowns.

It will be exciting to see the return of Flex Lewis, regardless of the division. However, the fact that he is competing in uncharted territory with the Open division makes it all the more intriguing.

How To Do The Dumbbell Bench Press: Benefits, Performance, and Variations