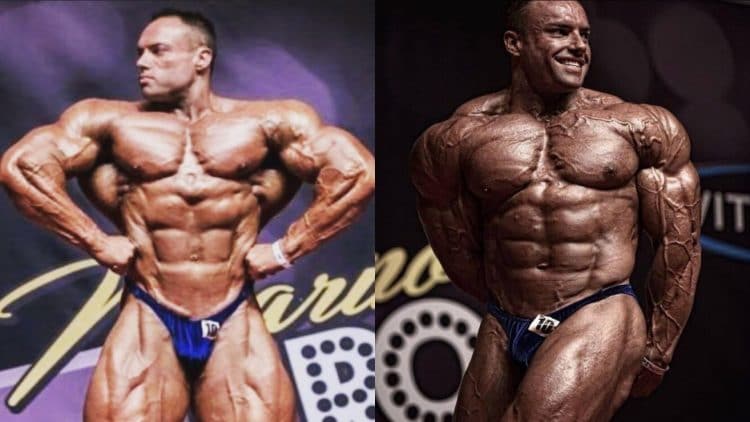 Josh Lenartowicz had an intense health scare that put him on the sidelines to close out 2019. However he is looking to rebound with a big effort this year.

Lenartowicz is considered to be one of the best bodybuilders coming out of the Australia. Holding wins at the San Marino Pro, as well as the Big Man Pro, he had shown some solid skills. He consistently brings a quality package to the stage, earning him a reputation as someone to keep a close eye on over there next few years.

However things almost changed in a big way for Lenartowicz, late last year. Just before the 2019 Mr. Olympia event, it was revealed that he had a brain tumor, and needed surgery. Although the procedure was eventually a success, it kept him from competition for the rest of the year. On top of that, he also got to witness the birth of his first child during this time off.

“Prepping for the 3 Arnold’s @arnoldsports @arnoldsportsau @arnoldsouthamerica and it’s been the hardest prep with what I went through late last year and this year from my surgeries and side effects from the medications post operation but I’m not a quitter and just like Blackskull’s slogan “no feelings just results” backing up your words by your actions says everything about your character and even if you’re not your best you will still place higher than the person who gave up.

There has been set backs but that just makes the future of me stronger because I have overcome them. Don’t use excuses because they are dressed up lies to take your easy way, you want it then go get it with your health as first priority.”

If Josh Lenartowicz is able to do this, not only would it be his first Arnold win, but it would put him in rare company. Only Dexter Jackson and Kai Greene have ever won three Arnold events in one season. Even if he is not successful, it will just be fun to watch him healthy, and actively competing.

CrossFit Muscle: Get Freaky Legs With The 20-Rep Squat Program