PHOTO: Check Out This Insane Vacuum Pose From Garth Malgas! 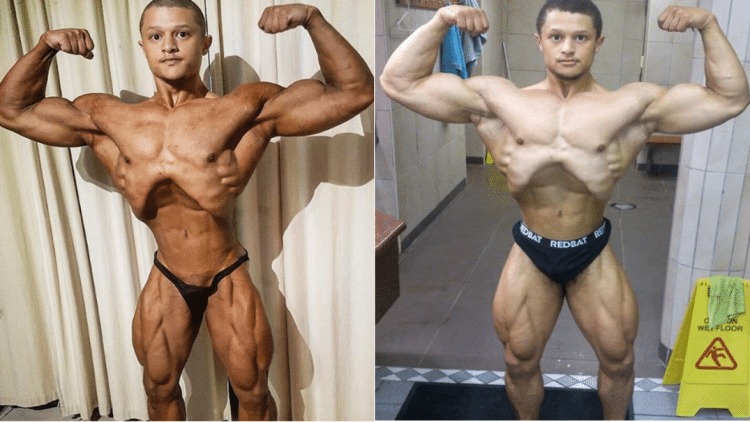 Crazy Vacuum Pose! Bodybuilder Garth Malgas made some waves online with his ability to do the vacuum pose. Check out the crazy photos below!

Malgas took to Instagram to demonstrate an unreal level of being able to the vacuum pose. Initially, he showed off the pose in 2017, which you can see here:

“If you are not hungry for success, you will not make the best use of your time. It is simple and clear. People who are truly hungry for food never play with a meal when they see it. Better believe I’m starving to make it.
Coming to you with a little vacuum for this #flexfriday”

However, the craziness does not stop there. Garth Malgas went on to post a similar picture, around 8 months ago. Here, you can see some size put on, but his ability to maintain this crazy feat is unbelievable.

This is quite an incredible feat, coming from someone who does not consider themselves a professional. Vacuum poses are an old, somewhat controversial aspect to bodybuilding. However, it is an established aesthetic that is common among the elite.

Despite this, Malgas is looking elite with his pose. People even speculated that it appeared photoshopped. However, this is very clearly his own unbelievable achievement.

Garth Malgas is out of South Africa, according to his Instagram. You can see more of his accomplishments on his page. Perhaps he will be among the future generation to come up in bodybuilding. He may even make it to a future Olympia event.