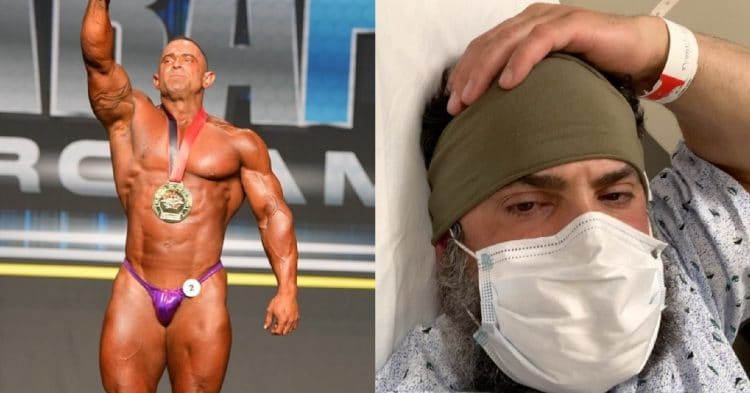 As a more than decade long veteran to bodybuilding, Guy Cisternino is a beloved figure in the sport. However he has recently been hospitalized after a tricky situation with his health recently.

A true mainstay of 212 bodybuilders, Guy has been on all of the biggest stages in the sport. He has several wins at the New York Pro and Toronto Pro, which earned him several appearances at the Olympia. Although he never won, he did make a strong impression for himself, earning fans along the way.

Unfortunately it seems that Guy Cisternino is going through a tough time right now. According to a post to his Instagram, the 38-year old is in the hospital, undergoing treatment. He is not sure what is exactly going on, but he explains that he believes there is a blood clot in his leg.

In the post Guy Cisternino explains that he is waiting on the doctors to run some tests. Only then will he know for sure what is going. If it is a blood clot there is a possibility it could lead to something much worse. Luckily he is in the care of professionals, if this is the case.

Either way, FitnessVolt would like to wish him a speedy recovery. Hopefully whatever is going on is not too serious.

10 Home Workouts You Can Do With Single Dumbbell Or Kettlebell