Hafthor Bjornsson Announces That He Will Compete Next Year 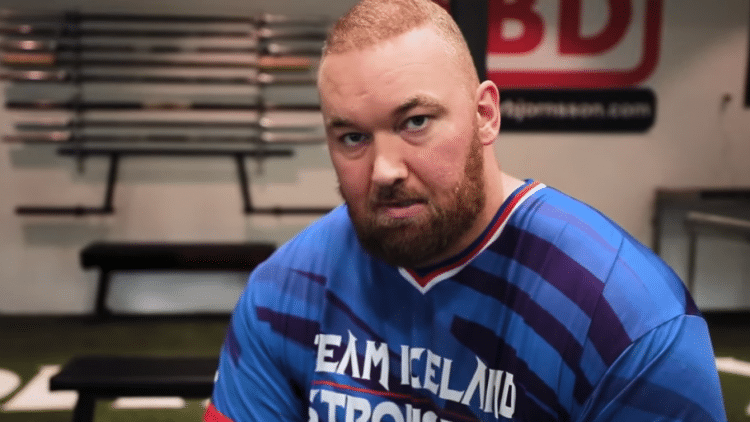 Fans have been wondering about the return of Hafthor Bjornsson to strongman action. Well, wonder no longer as has officially announced his next competition.

Bjornsson had quite the year in 2018, where he ended the year on a high note, winning the World’s Ultimate Strongman. Moreover, this was on the back of two other big wins, at the Arnold Strongman Classic, and World’s Strongest Man. It was quite a big year for Thor, in terms of competition.

However, Bjornsson would a bit of a tougher time in 2019. He would only compete twice, While he was able to recapture the Arnold Strongman Classic title, he did not fair so well at the World’s Strongest Man. Instead he came in third place, dropping his title to Martins Licis. As a result, he chose to sit out the rest of the year, not competing at the World’s Ultimate Strongman.

Nevertheless, Hafthor Bjornsson has officially announced his intent to return to competition. In a recent video to his YouTube, Thor says that he is ready to make a comeback. Furthermore he reveals that he will be competing at the 2020 Arnold Classic, to defend his title. Then, he capped off the video, by showing the start of his workout, to prepare for the event.

When Bjornsson takes to the Arnold Classic, in March, he will be looking for his third consecutive win. More than that though, he will be looking to prove that he is still at the top of his game. In Columbus, he will be going head to head with some of the best from around the world. Therefore, with a win, he shows that he still has what it takes to be the World’s Strongest Man.

Hafthor Bjornsson is one of the most popular strongman competitors in the world. Fans can rest easy now, knowing that he will be back in March, for the 2020 Arnold Classic.