The Rock Could Be The New Joe Weider 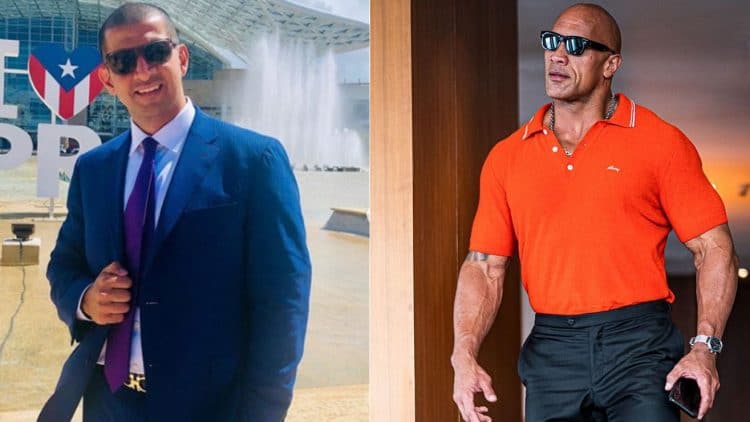 Since Joe Weider died in 2013, the Mr. Olympia brand has gone downhill. However, according to Patrick Bet-David, there is someone who can revitalize the company.

Patrick Bet-David is very knowledgeable and passionate about the sport of bodybuilding. He, like many others has noticed the decline that has taken place in the sport over the last few years. While the Mr. Olympia used to be where the best athletes competed, it has taken a drop. So much so, that former Olympia competitors have even been critical of recent winners.

However, according to Patrick, this could all change. In a recent video uploaded to Valuetainment, he addresses the apparent decline of the Mr. Olympia. Additionally, he discusses how the lack of someone like Joe Weider has resulted in less mainstream appeal to the sport. In fact, he uses the great Arnold Schwarzenegger as an example.

As Patrick points out, it was Arnold’s connections to bodybuilding, and Joe Weider that boosted his career. He explains that Arnold was able to gain the respect of Weider through being a good ambassador for the Olympia. As a result, Weider put Arnold in contact with people he knew in Hollywood. Since then, Schwarzenegger was able to become a massive movie star, and politician, with an incredible legacy.

Nowadays, Patrick continues to explain, things are a bit different. With the lack of someone like Joe Weider, bodybuilders are forced to take a different route. Once they get their social media followings up, athletes can be very successful Olympia champions. However, in the end, all they can hope for is to start a supplement company, get tons of surgery, and start a podcast. Therefore, the only legacy left behind, is one made in the bodybuilding world alone.

So, who could replace Joe Weider?

So who is it that Patrick is thinking of? None other than Dwayne “The Rock” Johnson. As he explains, Johnson and his ex-wife and business partner Dany Garcia have made quite the name for themselves. The Rock has gone from WWE superstar, to worldwide movie star, and businessman. On the other hand, Garcia is a bodybuilder herself, who’s production company helped give Johnson the boost he needed in Hollywood.

According to Patrick, if these two were to get involved in the Mr. Olympia, it could save the brand. They would bring a level of exposure to bodybuilding that has never been seen before. Additionally, the pair have contacts in various other ventures, similar to Weider. Furthermore, with their help, bodybuilding could get sponsors from massive brands like Under Amour. As a result, he thinks these two could save the Mr. Olympia, and get it back on track.

What do you think of this assessment from Patrick Bet-David? Would The Rock ever get involved in the Mr. Olympia?

Check out the full video below, and let us know your thoughts!