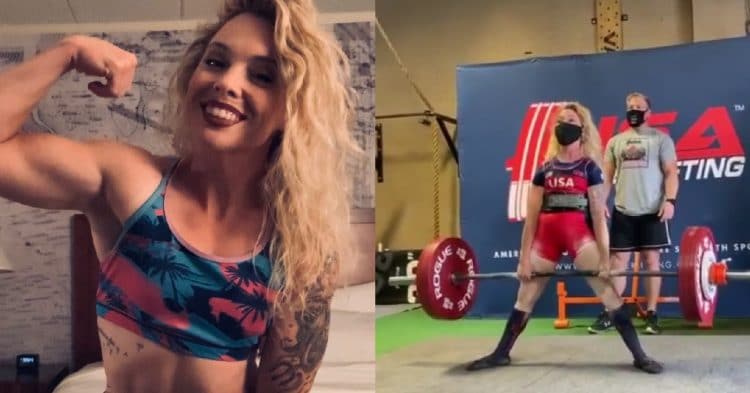 If you have been paying any sort of attention to powerlifter Heather Connor, you would know that she has been absolute beast. She demonstrated this again recently, when she obliterated the American deadlift record for her weight class.

At just 28 years old, Connor has utterly wrecked havoc on the -47kg division. Not only did she become the first person in the weight class to be able to deadlift four times her bodyweight, but she holds three different American records, for her deadlift, squat, and total lift. Yet it seems that she has no intention of slowing down at all, as she continues to crank out some pretty impressive numbers.

This was most evident over the weekend, when Heather Connor competed at the USAPL Palmetto Classic. Here, she extended her American record for the deadlift, by pulling a whopping 185kg (407.9lb), again deadlifting more than 4x her bodyweight. Not only was this impressive because it was a new American record, but it was also an unofficial world record, making it even more mind blowing.

This was an impressive lift from Heather, and it came on the back of a solid overall performance at the meet. She shared a whole meet recap a few days later, explaining that she was able to bench 70kg (154.3lb) and squat 140kg (308.6lb). What is crazy about that squat, is that this was 3x her bodyweight, which is almost as incredible as her deadlift.

Squat: 140/308.6 another 3XS the BW squat 👱🏻‍♀️
.
.
Bench: 70/154.3
.
.
Deadlift: 185/407.9 American Record/unofficial WR at RPE are you kidding me
.
.
Total: 395/870
.
.
1st place and best over all lifter, but handed that award over to the strong woman who would’ve taken it easily had I not been competing. Very deserving of that award and glad I was able to present her with it!
.
.
Really pleased with this competition that @usaplsc put on! Very organized and very well ran so kudos to Heather and Bj Faas and all the spotters and loaders involved!
.
.
As great as bench has been going this cycle I thought I’d be more bummed with only hitting 70/154. But I wasn’t. In training I’m use to 2-3 mins breaks in between attempts. Even with the comps I do typically compete at there is only like 6 of us in a flight 🤣 so this was def humbling and allows me to focus on other strengths like staying warm when there might be more wait time!”

At each passing meet, it seems that Heather Connor is only getting better. She has already accomplished some great things, and she is continuing to improve. It will be interesting to see if she can put up similar deadlift numbers at an IPF meet soon, so she can solidify her world record.

How To Do The Cable Side Shrug