Josh Lenartowicz Shares How He Found Out He Had A Tumor, And Waking Up From Being In A Coma For A Week 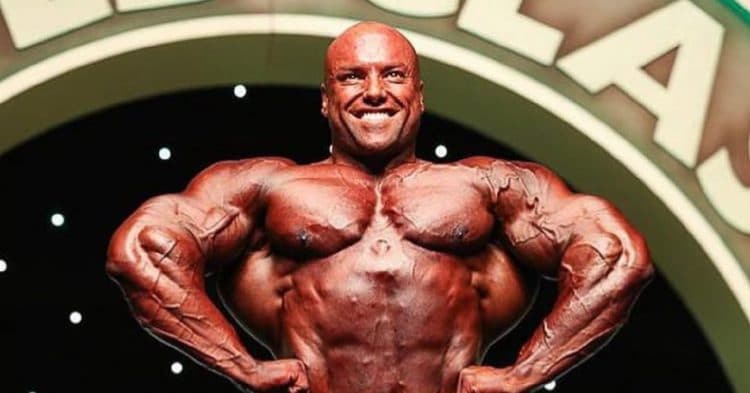 Around a year ago, shocking news came out that Josh Lenartowicz had a brain tumor, and was in a coma. Now the bodybuilder opens up about the experience, and how this changed his life.

Things got really bad for Lenartowicz for a brief period of time, when the bodybuilder who took the sport by storm was forced out of the 2019 Mr. Olympia. He later revealed that he had a brain tumor, and that while he was getting surgery, he slipped into a coma for a week. Although he would seemingly recover well, shortly after this he was back in the hospital for a second surgery on his head.

12 months later and Josh Lenartowicz is doing much better, even stepping on stage again for the 2020 Arnold Classic earlier this year. However that does not take away from the terrifying nature of what he went through. Speaking in a recent interview, he explained how things began with this, and what happened from his perspective.

“I just noticed that I had these headaches, and I had this lump on the side of my head. My skin gets quite red, I’ve had rosacea since I was like 20, so I wondered if it was that, if it’s not. I went to this GP, and he was like ‘oh I think you should just see a dermatologist,’ but I was like no I know my body. I never get headaches.

“Then I get home and I couldn’t sleep, my head was that bad, and I went back the next day and demanded a CT Scan just to clear it out. He said ‘Alright if you want it done,’ and then it comes back and they said there’s a tumor in my skull and to see a neurosurgeon. But this GP was like ‘I think seeing a neurosurgeon is a bit much.’ So I was like ‘man, just give me a referral and I’ll be on my way, and I’ll see someone else from now on.'”

From here, Josh Lenartowicz goes on to explain that he had a friend who got him in contact with a good neurosurgeon. They got him in, and got him a MRI and saw that the tumor was in his skull. Despite rumors, the doctors said that it was not bodybuilding related, nor was it a particularly big deal.

“So he’s like ‘we’ll get this taken out, it’s not in your brain, and you’ll be back getting ready for the Olympia. You’ll be back two days later doing some cardio training, and next week you’ll be good.’ So you know, my wife is like heavily pregnant, like 8 months pregnant. So this was kind of a setback, but it’s not the end of the world. It’s major surgery, but the (doctor is) confident. You wouldn’t say he was the most sociable guy towards his patients, so you’re like ‘this guy’s gotta be great at his job’

“So then fully confident, not afraid that anything is going to go wrong. And then I just remember my wife, like shaking me and I woke and she said ‘you’ve been in a coma for a week.’ The surgery was only supposed to be two hours, and I’m in the ICU.”

Josh Lenartowicz goes on to explain that he was extremely weak after this, and that this made it difficult for him to get back to training. He was still in the mindset that he would be able to quickly go back to training for the Olympia, but he had to have a reality check that he would be sitting out. After three weeks he was released from the hospital just in time for his wife to give birth.

A year later, Josh Lenartowicz is still working to recover. He is not exactly retired, but he promises that he is only going to come back to the stage when he can perform at his best. After everything he has been through, that is beyond understandable.