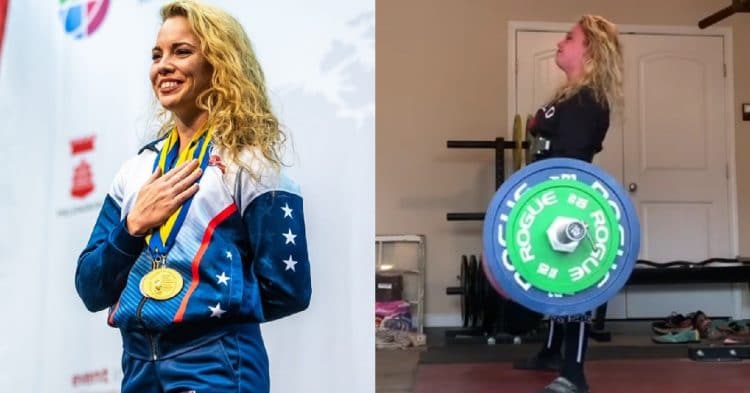 At 29 years of age, Heather Connor has established herself as one of the best 47kg powerlifters the world has ever seen. She was recently seen in training, pulling some seriously heavy weight.

Over her six year long career, Heather has grown into being one of the most elite lifters in the United States. She has won nearly every meet that she has competed in over the years, with her most notable victories being at the RAW Nationals four times, and World Classic Powerlifting Championships thrice. Not only that, but she has captured American Records for her incredible skills.

As great as her career as been, Heather Connor was recently seen pushing herself even further. A recent Instagram post sees her working on her deadlifts, pulling 407lb like it was nothing. Not only was that spectacular because of it being more than four times her bodyweight of 101lb, but it also unofficially pushes her American deadlift record by 5.5lb.

Connor explains in the post that this was a part of a session that saw her reach a 400kg total, a goal she had been working towards for a while. However she intends to work until she reaches 408kg, before her next meet. She seems to be putting in the work too, and not just on her deadlifts. Here she is just a few days earlier, scoring a 303lb squat, in the efforts to increase her strength for that milestone.

Heather Connor is well on her way towards reaching the goals she has set out for herself. Now that she was able to get past the 400kg hurdle, she seems reinvigorated to keep pushing for those extra 8kg.