Powerlifter Heather Connor unofficially breaks another American record and goes 5.5 pounds above the previous record, that she set. 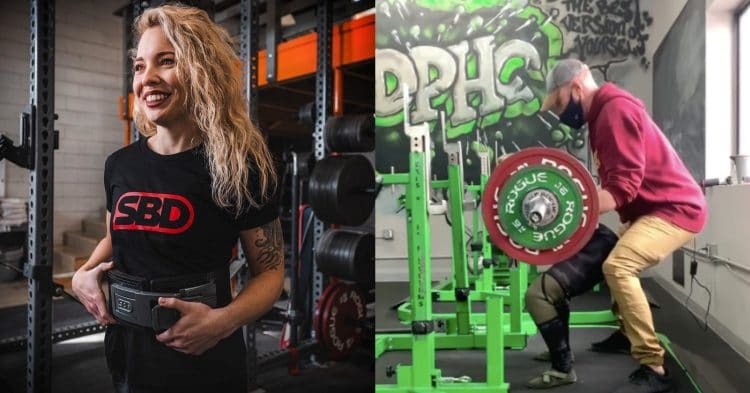 If there’s anything to learn about Heather Connor, it is that she is determined to be the best, even in training. She’s been breaking her own records in a number of areas this year and has done it again with a 147.5kg squat that is 2.5 kg above her previous record.

Heather’s previous record was 145kg/319.7lb, and she just tipped the scales on that one this week.

Heather Connor is a Beast

Heather Connor is the first woman for the International Powerlifting Federation to deadlift raw four times her bodyweight. This is something she does as easily as breathing almost now.

She is currently holding the American squat record at 142.5kg/314.2lb that she earned at the 2018 USA Powerlifting (USAPL) Arnold SBD Pro-American event. That was one of her most recent wins. It was also a new personal best to her.

She went on to break her own record in January 2020 by just a few kilos and squatted an unofficial record of 145kg/319.7lb. Just over a month later she’s added another 2.5kg/5lb to that record to do it again.

If she had done this in a competition, it would have been an official record. Until she hits the competition floor, Heather Connor is still just breaking records unofficially. So we can’t wait to see what she brings to her next sanctioned meet. She has already announced she will be at the 2021 Raw Nationals.