History was made at the Tokyo Games, as Hidilyn Diaz became the first athlete to win an Olympic gold medal for the Philippines 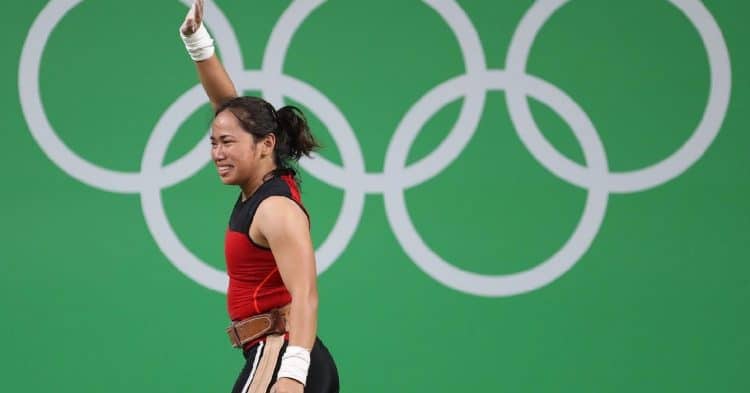 There is no better way to represent your country’s athletic ability, and to bring home gold at the Olympic Games. Hidilyn Diaz became the first person to do this for the Philippines, after an incredible performance at the Tokyo Games.

Competing in the 55kg division, Diaz knew that she had her hands full with the fully stacked roster of weightlifters in front of her. However that did not stop her from putting in an incredible performance, that not only left her with a gold medal, but also new Olympic records for her division.

Having a strong start with the snatch, she knew that it would come down to her in the clean & jerk to walk away victorious. She managed to do just that, pulling 127kg to win the event, and bring tears to her eyes.

These are the lifts that Hidilyn Diaz did to become the first person to win gold for the Philippines:

With this performance, Diaz not only won gold, but she beat  2019 Weightlifting World Champion Liao Quiyun of China. This was especially impressive given that Liao holds the world records for heaviest snatch and heaviest total.

Hidilyn and Liao were tied on the snatch, heading into the clean & jerk. While Liao pulled off a strong 126kg to end her day with a perfect 6/6, Hidilyn was able to best this by a single kilo to win the event and secure the gold.

Another noteworthy aspect to this performance from Hidilyn Diaz, as noted in the comments of the Twitter post from the Philippines Sports Commission, is that she had a very limited ability to train for this, due to financial strain. Yet despite openly needing to ask for assistance to fund her efforts, she persevered and was able to represent her country and herself well.

This actually marks the second Olympic medal that Hidilyn has managed to capture as well, with the first being a silver medal at the 2016 Rio Olympics. In doing so, she became only the second person in her country’s history to score two Olympic medals, and the first to do so in nearly 90 years.

With this performance, Hidilyn Diaz will go down in history as the first Philippino athlete to win gold at the Olympics, an accomplishment that makes all the work she put in to get to this point, completely worth it. This was an incredible performance and one that will be celebrated for years to come.