Revealing the time creatine takes to get flushed out of your body. 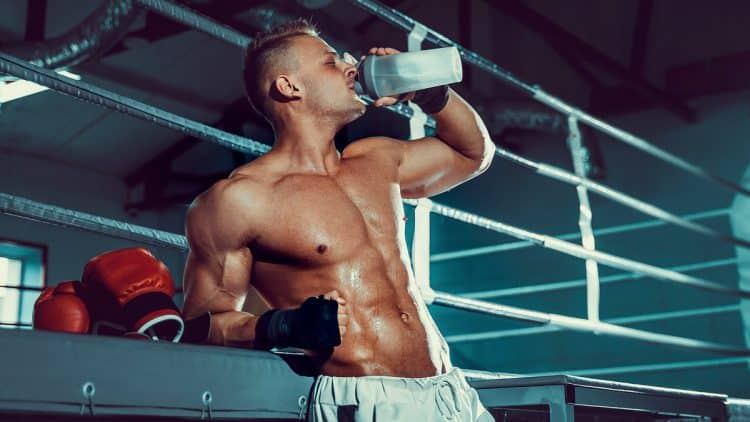 Creatine in Your System

Studies do not indicate any side effects of creatine consumption. However, creatine should be consumed only in recommended quantities or as required by your body. Check out our creatine calculator to determine how much creatine is appropriate for you. If you are a beginner and aren’t sure how much creatine to start with, it would be best to consult your health professional. 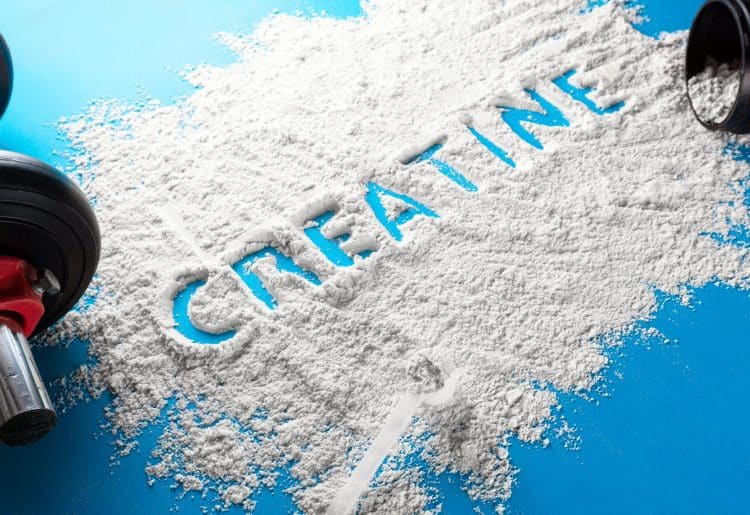 Creatine not only boosts your athletic performance and muscle mass but also improves your overall health. The supplement increases the phosphocreatine reserves in your muscles during high-intensity workouts. The stored adenosine triphosphate (ATP) provides energy for high-intensity training.

Typically, people take one to two tablespoons of creatine per day. However, several fitness experts suggest consuming it before the workout. It can boost strength, which can help build muscle mass. Creatine supplements can reduce myostatin, which lowers the scope of new muscle growth. It works wonders in boosting your muscle’s growth capacity.

How To Consume Creatine To Maximize Its Results?

Studies show that combining a recommended daily dose of creatine with carbs and protein-rich meals can increase absorption. [2]

Most people use the loading period to consume up to 20 grams of creatine in a day. Optimizing your creatine reserves in your body might take about a month. While deriving the required five grams is not possible from food alone, you will need to top your natural creatine stores with a reliable supplement.

How Quickly Does Creatine Leave Your System? 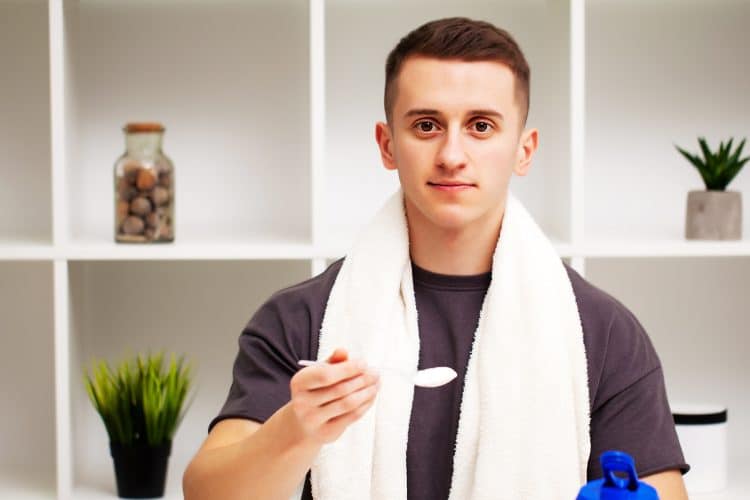 Creatine levels in your muscles may deplete within two weeks after you stop taking it. However, it is not eliminated at once. It takes about six weeks for the excess creatine to be eradicated.

Research suggests half of the excess creatine is usually removed in approximately three hours. Furthermore, it indicates that almost 50 percent of your creatine dose will likely be eliminated from your plasma after three hours of having consumed it. [3]

In healthy adult bodies, creatine may stay for a longer time, around 3.85 hours. Also, people supplementing with creatine may retain 2 percent of it for extended periods, although exogenous creatine and its metabolites are considered out of your plasma within 24 hours of discontinuation of creatine. Moreover, the complete excretion via kidneys could take up to 24 hours.

If you are an athlete or a fitness enthusiast, supplementing with creatine can help improve your performance. However, experts suggest it is best to wean off it occasionally. The usual recommendation is to get off creatine for four weeks every 12 weeks of consumption. However, you may not have to rely on external sources of creatine forever.

As creatine enters the bloodstream after being synthesized in the liver and kidneys, it is distributed to muscle tissues. Research reveals that approximately 95% of all creatine stores in the body are concentrated within the skeletal muscle tissue. [4]

You can’t hold on to the same amount of creatine in your plasma or muscle tissue. Some people eliminate it faster than others, which depends on how much creatine you take, how it’s administered, and even your genetics.

Individual attributes can determine how long creatine stays in your system. Some of these include your age, BMI, and health conditions. Individuals with a high body mass index may have lesser water reserve due to lower muscle tissue. In such cases, the body is likely to store less creatine resulting in faster elimination.

With a low BMI, the reverse happens. The more water your body carries, the higher the volume of creatine distribution, resulting in a longer creatine retention period.

Individuals with hepatic impairment may retain creatine in the plasma longer than those with normative liver functions. Similarly, for people with normal renal function, creatine is likely to be excreted within a standard time, whereas, for those with renal impairment, creatine may take much longer to metabolize. [5]

During the maintenance phase—when you’re taking lower doses of 5-10 grams per day—your body’s creatine levels may peak within its intramuscular tissues. In contrast, during the loading phase—when you’re taking higher doses of 20-25 grams per day—it is considered that your body has not yet accumulated the highest concentrations of creatine within intramuscular tissue. So for people who discontinue early in the loading phase (within two days), creatine excretion is likely to take less time.

After you begin with the creatine loading phase, it may take up to one month for your body to achieve saturation levels and reach the maintenance phase, in which five grams a day is all you need.

By this logic, if you discontinue creatine supplementation during the loading phase, you will get to the elimination phase faster than if you start with the maintenance phase. Once the peak levels are attained, it may take up to 30 days to eliminate the exogenous creatine stores.

The creatine dosage can determine how long it will remain in your plasma. So, if you consume a five-gram serving of creatine, you are likely to retain creatine for a shorter duration than in the case of taking a 20-gram serving. The five-gram dose may reduce to 2.5 grams in about three hours, while the 20 grams dose may go down to 10 grams simultaneously.

When taken in high doses, you can expect a higher amount of creatine circulating in your blood for longer periods. Plus, it is excreted at a lower rate than smaller amounts.

How To Clear Creatine From Your System?

It is best to observe your body when taking any new supplement. If you are on creatine and don’t feel well while taking it, you may want to consider a few tips to help detoxify your body. However, you need to allow 30 days for the creatine supplement to be eliminated from your body. Also, it is always safe to consult a health professional before starting a new supplement.

Activated charcoal could help in the process of eliminating creatine from your system. The negative electrical charge in the activated charcoal can absorb creatine and its metabolites along with uric acid and other toxins in your gastrointestinal tract, kidney, or liver. Calcium-d-glucarate can also aid in eliminating toxins that may have accumulated in your renal pathways due to creatine supplementation. [6]

Charcoal pills and powder are available online. However, the activated charcoal process is used by a doctor trained to do chelation because there are risks involved in using this method of treatment.

Calcium-D-Glucarate is mainly used as a detoxifying agent. It is found in many fruits and vegetables, such as broccoli and grapefruit, and can help cleanse your body of harmful toxins. But always consult a doctor before taking any such supplements. [7]

What is the most common side-effect of creatine supplementation?

Transient water retention in the early stages of supplementation is one of the common side-effects of creatine supplementation. Creatine has been used safely in doses of up to 25 grams per day for up to 14 days. Lower doses of up to 4-5 grams a day for 18 months have also been used safely.  Common side effects that you may experience include an upset stomach, dehydration, and muscle cramps.

Can creatine cause hair loss until it is eliminated from the body?

As of now, there is no research that shows creatine directly causes hair loss. However, some studies indicate that creatine may increase the male hormone levels in the blood, which could trigger hair loss. Creatine does not necessarily cause hair loss for everyone. [7]

Will I gain weight after consuming creatine?

Yes, creatine may increase body mass, especially if you are following a loading protocol. This is most likely due to water retention in the muscle cell. However, it’s a sign that your creatine stores are increasing. In the long term, it will likely lead to increased lean muscle mass.

Factors including BMI and metabolism determine how long creatine stays in your system. Creatine is likely to be excreted relatively quickly if you have a high BMI. Also, if you have kidney-related issues creatine might stay longer in your body. Your metabolism also has a role to play in this regard.

We recommend using a creatine calculator or talking to a health expert to know the ideal amount of creatine for your body type before using this much-touted supplement.

Dr. Rashmi Byakodi is a health and wellness writer who aims to spread awareness about health through her words. With her medical background and a passion for writing, she has been creating health content on various platforms. She holds a dental graduate degree from Rajiv Gandhi University of Health Sciences and has worked in various hospitals for 5 years. Dr. Rashmi believes that with the right knowledge and a healthy lifestyle we can combat many health issues and she strives to spread the same through her blog posts.

Athletes and exercise enthusiasts supplement with creatine to improve muscle mass, performance, and recovery. It's also been shown to improve...

What is Creatine? Creatine is one of the most popular workout dietary supplements. Those who participate in sports, bodybuilding, or...