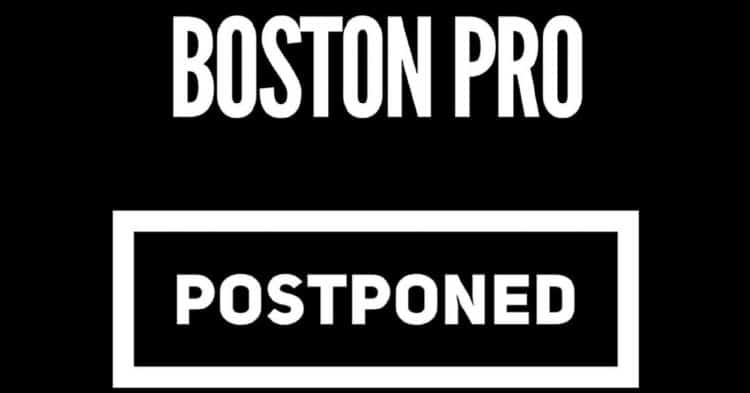 Fans and athletes alike were gearing up and excited for the upcoming IFBB Boston Pro. Unfortunately it now seems they will be waiting a while longer before the event can take place.

The IFBB Boston Pro show was expected to go down in about 9 weeks time. There were a ton of different athletes who were preparing for the contest, all of which were looking sharp. It truly seemed like things were looking good for this important show.

Unfortunately it seems that this hard work will be going to waste, as the IFBB Boston Pro has been postponed. According to a post to Instagram, the restrictions being placed by the leadership in Massachusetts, due to the global health crisis, are too much for them to continue putting on the contest. While things seems good at first, a spike in cases from the state have left no choice but to further restrict the size of gatherings that can take place.

“In the wake of concerning signs that COVID-19 cases were beginning to creep back up in Massachusetts, Gov. Charlie Baker announced a series of moves Friday aimed at “stopping the spread.”

For indoor gatherings, the maximum remains unchanged at 25 people in a single enclosed area.

Baker’s order does however reduce the limit on outdoor gatherings from a maximum of 100 people to 50 people in a single space. For smaller spaces, a limit of 25 percent of the area’s legal maximum occupancy — or eight people per 1,000 square feet where no occupancy is recorded — may also apply

As a result we have made a decision to postpone the IFBB Boston Pro.”

That being said, while the pro show has been postponed, the NPC event will be going ahead as planned. However this is extremely disappointing, especially for those athletes who had been hard at work to prepare for the event. In particular, fans were pumped to see Keone Pearson, Regan Grimes, and Antoine Vaillant take the stage and show what they’ve got, but sadly all we will have to look at, is the prep work that they have shared on Instagram.

It really is a shame that we will not be able to see these terrific athletes competing at the IFBB Boston Pro this year. Of course, given the reasoning given for why the show is postponed, it seems like the right move from the officials. While it is disappointing, the most important to thing is to look out for the safety of the athletes, while being sure to follow protocols.