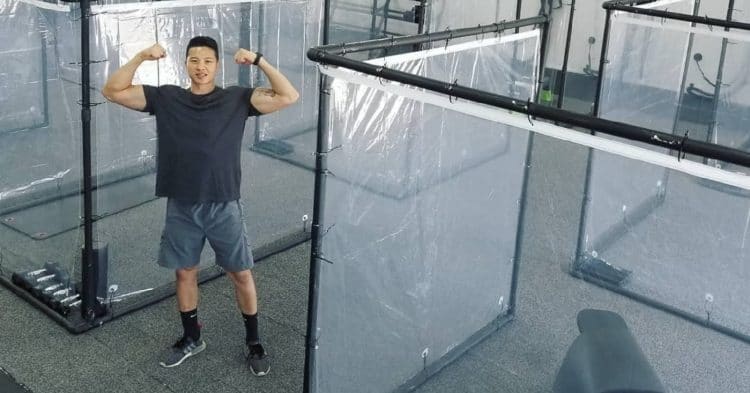 As gyms reopen across the country, there are still some lingering concerns about how participants will be able to train safely. Well, Inspire South Bay Fitness, in Redondo Beach, California seems to have found a unique solution.

The global health crisis put a pause to any regular gym activities, and understably so. As most businesses and restaurants were forced to close, it only made sense to that somewhere like a gym, where breathing heavy and exchanging fluids is a regular occurrence, would follow suit. This was a major inconvenience to most people, but it was for the best.

Now as things begin to return to some level of normalcy, gyms have begun to reopen. Although people like Arnold Schwarzenegger have been hesitant to return, feeling that there was some things lacking in safety protocols. This is where the Inspire South Bay Fitness gym feels they have an edge over their competitors.

People have began to take notice of this facility, and the unique setup they have put in place. Using what the owner Peet Sapsin refers to as “Gain Podz,” several containment centers have been placed around the equipment in this gym. This allows for all the grunting and heavy breathing you do while getting in a solid pump, to not travel to the others while they are doing the same thing.

This is certainly a unique approach to handling things, but it is a step up from what others are doing. Not only that, but it seems that they built these pods on their own. Here is a video of them being a assembled.

At the end of the day, there is no foolproof way to make things completely safe right now. However it will be interesting to see how this attempt at the Inspire South Bay Fitness center is able to work. Perhaps this can be something that other places consider trying, too.