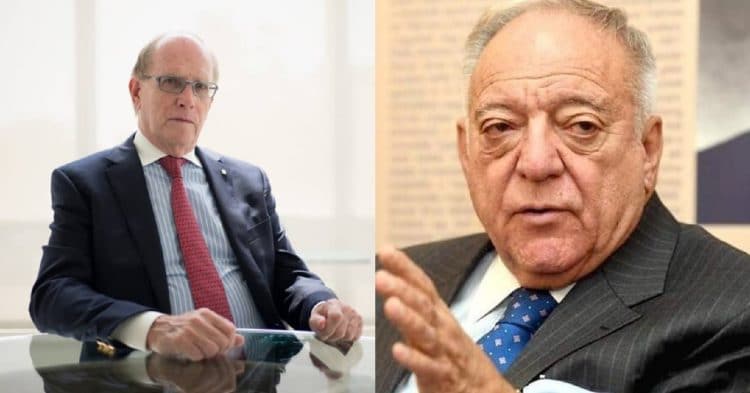 Since the infamous Russian Doping scandal, there has been a negative cloud hanging over the International Weightlifting Federation (IWF). Now an investigation into the IWF’s President, Dr. Tamás Aján has revealed the shocking depths into how corrupt the organization has been.

Professor Richard H. McLaren was appointed by the IWF to hold an independent investigation of Dr. Aján. This came as a result of some major accusations made against him in the German documentary “The Lord Of The Lifters.” These accusations were regarding potential financial corruption, as well as a cover up of an anti-doping scandal.

Now the findings of this investigation have been released, and the results are not great for the Dr. Aján. Apparently, according to the report, Professor McLaren was able to determine a substantial amount of financial corruption. Furthermore the investigation uncovered a deep history of coordinated election fraud. However, it is worth noting that the accusations of anti-doping fraud were proven to be false.

The investigation determined that throughout his run as IWF President, Dr. Aján maintained exclusive control over any financial dealings, usually dealing with transactions in a cash-only basis. It was determined that several large payments of anti-doping fees were paid directly to him. These payments, as well as several other withdraws, have no paper trail to determine where it was spent, legitimately or otherwise. The total amount estimated was determined to be upwards of $10.4 million in unaccounted-for money.

“The financial records are a jumble of incomplete and inaccurate figures distorted by a failure to accurately record cash expenditures and revenues and disclose hidden bank accounts by Dr. Aján.”

When it comes to the issues of election fraud, it was determined that Dr. Aján interfered with multiple elections of Senor Officials on the IWF. Apparently he would engage in coordinated vote buying, where he bribed other members of the Federation to vote for himself, and the people he supported. These issues continued, even after he was no longer President.

“The mechanics of this system were in full force during the 2013 and 2017 elections.”

In terms of any anti-doping concerns, it was determined that, while Dr. Aján did meddle with affairs, the IWF was cleared of any wrongdoing. There was some issues with several samples with adverse findings that were not dealt with. Regardless it was decided that they did comply with WADA standards, so there were no further issues.

The people who favored Dr. Tamás Aján saw no issues with his exclusive financial control. However, after Professor Richard McLaren’s investigation, there can be no denying that the IWF is now free of a very corrupt official.