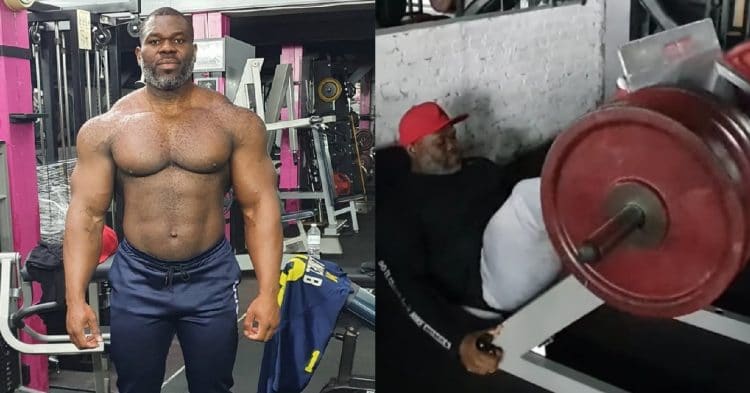 Lionel Beyeke is a French bodybuilder, known for his impressive physique. Now that he is able to return to the gym, he has wasted no time before going straight after leg day.

A decade-long veteran of bodybuilding, Lionel is a mainstay in major contests around the world. Although he has yet to earn that big, career defining victory, he has had some had plenty of good showings. Most notably, he earned 4th at the 2017 Arnold Classic, just narrowly missing out on the podium.

Given the situation in the world, there is a big of downtime in the sport right now. Lionel Beyeke, like most other athletes, has been forced to stay at home and out of the gym, resulting in some unorthodox training. For the most part, Lionel had a decent facility he was able to use. However, his recent post to Instagram shows that he is now back in the gym officially, and working on improving his legs.  (Translated via Google)

I’m starting slowly to get my body in the rhythm for 1 week or 2 and then I will increase the volume of work gradually.”

As be alludes to in the post, Lionel wanted to start off slowly with this leg workout. He wants to give his body the chance to adjust to being back in the gym regularly, so as to avoid injuries or over working himself. Of course, that does not mean this was any less of a crazy workout.

That being said, this was not the first time Beyeke had been in a gym setting. Here he is a few weeks earlier, doing some work at REMGYM. In the video he can be seen blowing through a 170kg bench press.

It seems safe to say that anyone who uses the gym on a regular basis is happy that facilities are begining to reopen. Not everywhere is this fortunate, but luckily for Lionel Beyeke he is able to get back to his leg training.