Jamal Browner came extremely close to deadlifting 1000lb, but still proved his skills to be elite with a 925lb deadlift instead 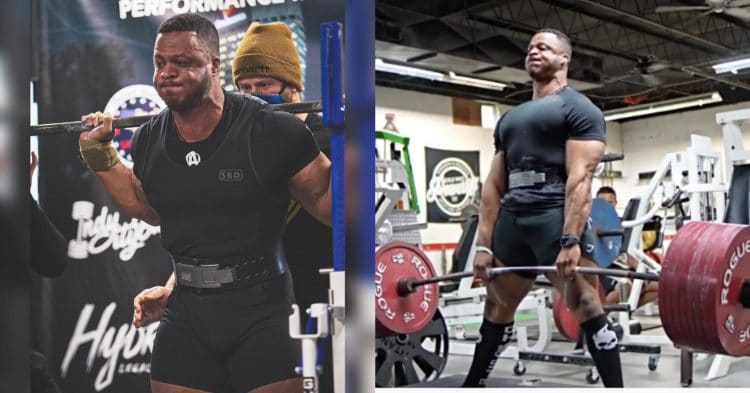 At just 26 years of age, Jamal Browner is one of the best 110kg powerlifters in the world today. He proved that beyond a shadow of a doubt recently, when he hit the gym for some massive deadlifts.

To be clear, there are certainly some other 110kg lifters that have had better performances than Browner. However he is improving with every outing, and looks to be on a path towards doing incredible things, especially with his deadlifts.

This was perhaps no more evident than a recent update from Jamal, which he posted to Instagram. Here he absolutely ran through an enormous 925lb deadlift, making it look like a warm up rep, instead of the insane weight that it truly was.

“Still amazed with how this 925lbs (420kg) deadlift moved. What RPE would y’all rate this?

Jamal rated this deadlift at a 7.5 RPE, which stands for Rate or Perceived Exertion, meaning the scale with which powerlifters determine how difficult a particular lift was. However judging by how quickly and efficiently he was able to make that weight fly up, it seemed more like a 4.5 RPE instead.

With this type of skill on display, it only makes sense to assume that Jamal Browner had more in the tank and could pull even heavier. That is precisely what he tried to do, with a massive deadlift attempt during that same training session.

With a series of attempts, Jamal nearly was able to score a whopping 1000lb deadlift. When that did not happen, he turned around with a 990lb pull, but came up short there and ultimately landed at the 925lb seen above.

Very solid test week. Im not even mad about this miss. Just a learning experience. Strength wise I am there. Hook grip is locked in. Just have to dial in technique and time my lockout better.

We got 11 weeks to build and make this happen on the platform. If all things go as planned, this total is going to be crazy. 🙏🏽😌

Jamal Browner looks ready to hit this massive number in time for the competition that he will be participating in within the next few months, as he was so close to doing it in training. This would be a massive accomplishment for him, and would certainly put the rest of the division on notice.