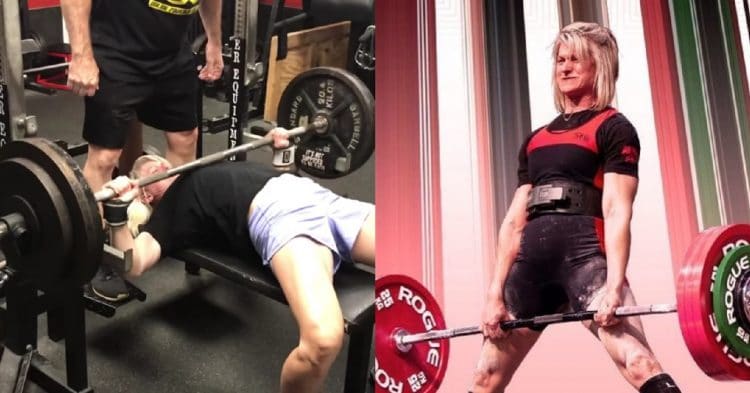 As a real powerlifting veteran, Jen Thompson has a history of performing some pretty epic lifts. However she showed that even as she approaches 50 years old, she still has a ton of strength left.

As far as legendary powerlifters go, few have the type of legacy that Thompson does. Having begun her career in 1999, her fifteen year long career saw her capture many titles and set world records. As a rest, she is widely regarded as the greatest 63kg powerlifter of all time.

Well now Jen Thompson has her eyes set on her next meet, whenever that may end up being. She has largely been focusing on bench-only meets lately, so the 47-year old took to Instagram to show that she is capable of some pretty big lifts. She did this by scoring a solid 300lb bench press, doing so with relative ease.

Smooth indeed, Jen handled this weight like it was nothing. The bench press was what she was known for most in her prime, landing atop some world records for the lift. This skill was evident here, even after all this time. Of course, considering her last several events have only been focused on bench, she has never really had the chance to get rusty.

Jen has been working to prepare for the future of a changed sporting landscape. She has been working on training her lifts with a face mask on, according to USAPL protocol. Yet that has not stopped her from still being able do some good work anyway.

Obviously this is not ideal for Jen Thompson. However she is still able to do some solid work, no matter what types of obstacles get in her way. Hopefully this veteran savvy will serve her well the next time she able to compete.

Madcow 5×5 Program: The Workout for Strength and Size