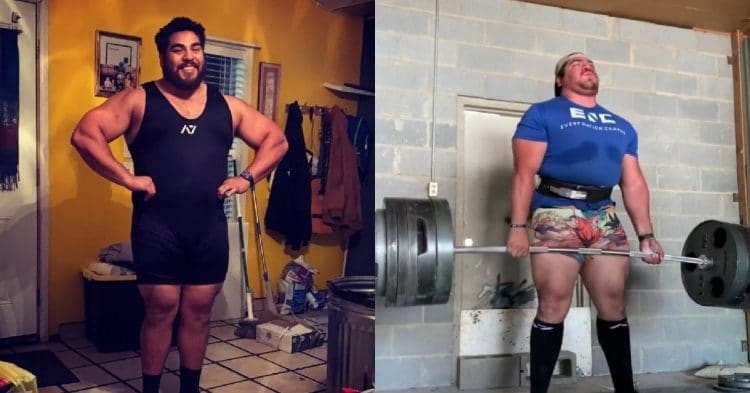 Jesus Olivares is a 21 year old powerlifting prospect who has been looking solid lately. That being said, he seems to be taking things to the next level, after some pretty awesome training sessions.

As a teenager, Olivares was making big waves competing in Texas. From the age of 14 to 16, he competed consistently, winning several regional meets along the way. However, he would stop competing for a while, finally making his return last December.

Jesus Olivares has made it clear that he has found his love for powerlifting again, and is really starting to put his focus into training. This was evident with a recent post to his Instagram. In this post, the 21-year-old rips through a deadlift training session. Of the three different sets he completed and posted to Instagram, without a doubt the best was the enormous 803lb single.

“802lbs/364kgx1 (1st video), 637lbs/287kgx6 (2nd video), and 547lbs/248kgx6 (3rd set). Hit a decent single, hit a decent 1st backdown set, but just didn’t feel the confidence to finish do the second set at 637 or 627 so we called an audible and hit it at 547. It’s not always about how much your pulling and how fast it moves, it’s also about what your body is telling you! The game is a marathon not a sprint and I feel like that’s something a lot of powerlifters(including myself) forget about, especially when you can see the dude in front of you beating you! Let’s train hard and smart!”

As he explains in the post, Jesus initially planned to go even heavier than this. However, when he realized his body was not feeling it, he decided to dial it down a bit. Of course, that does nothing to take away from how solid of a pull this was.

Olivares is not just working on his deadlifts either. Here he is, a few days earlier working on his squats. This time he did a 787lb single, as well as two sets of 635lb for seven reps.

It is good to see someone as talented as Jesus Olivares put his focus into powerlifting again. Hopefully, he will be consistent moving forward, and we can watch as his skills develop further.