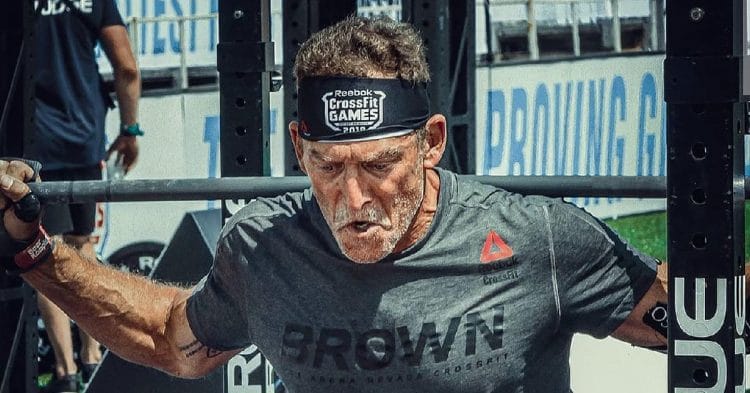 CrossFit HQ has revealed a ton of changes to the format of this year’s Games. However, they have recently revealed an update that affects any of the age-group athletes who were hoping to compete later this year.

The current global health crisis has been having an affect on virtually everyone and everything. From being forced to stay inside and not go to the gym, to sports getting canceled, athletics have been one of the biggest areas to be shaken up by these issues. It has left many fans and athletes unsure of what to expect from their particular sport.

We remain fully committed to planning a live competition with live media coverage. At this point, we are concentrating on a competition in Aromas, the original home of the CrossFit Games. pic.twitter.com/HxR8DnA3S2

When it comes to CrossFit, there were already some big changes being made. The 2020 Games was now being moved from Wisconsin to California, and most of the Sanctional events for the year have been canceled. Now, according to an announcement from HQ, there will be no in-person competition for any of the age groups.

The announcement goes on to explain that the AGOQ (Age Group Online Qualifiers), which concluded on April 28th, will be the end of the 2020 season for any Teen and Master’s athletes. Moreover, no champion will be crowned for any of those divisions this year, despite there being a leaderboard for the qualifiers. This is to mark a clear and distinct line between the online competitions they have been doing during these difficult times, and the traditional in-person contests.

“The conclusion of the 2020 Age Group Online Qualifier marks the end of the 2020 season for age group athletes. Below is a brief recap.

The 2020 Age Group Online Qualifier (AGOQ) took place on March 12-16. During that time, lockdowns and restrictions began to interfere with some athletes’ ability to participate in the event. At that time, the plan was to run the Games as scheduled. There was an option to delay the competition. Ultimately, the decision was made to proceed with the competition in the interest of hosting age-group athletes at the 2020 Reebok CrossFit Games in Madison.
Following the conclusion of the AGOQ, a review was conducted comparing how many athletes submitted workouts for all events in 2019 versus 2020. The comparison is available on the Games site. Link in bio.

While there was a slight decrease in score submissions this year, the emerging global situation made it clear that extending the score submission window or delaying the competition would not improve athletes’ ability to participate.

The video review process for validating and assessing score submissions concluded yesterday, April 29. Details for each penalty assessed are available through the article in bio. With these penalties applied, scores and rankings have now been adjusted, and the Online Qualifier Leaderboard is complete. Congratulations to all participating athletes on your placements.

On April 16, it was announced that the 2020 Reebok CrossFit Games would not be held in Madison, and all options were being evaluated for a change in format in light of the current constraints. This year, there will not be an in-person competition to crown the fittest in the CrossFit Games Age Groups. Prize money will not be issued. The age group competition will resume when the season resets in 2021.”

Although this is extremely disappointing for the Teens and Masters athletes who were hoping to compete this year, it is a call that makes a ton of sense. The submission numbers for these events are down this year compared to last year. Not to mention the online format does not make for the best judging, so keeping things in-person for the Games is also a good call.

You Will Not Believe How Much Stefi Cohen Eats In One Day!