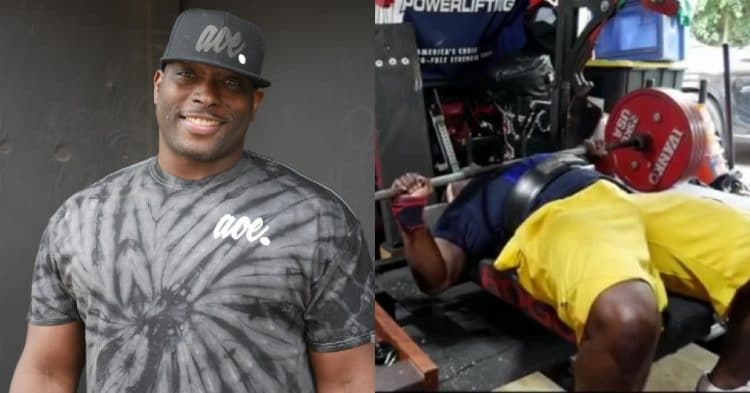 Jaisyn Mike is a longtime powerlifting veteran. However he was in rare form recently, when he had an awesome bench press session in the gym.

Mike has been competing as a powerlifter since 2014, competing as an +119kg athlete. In that time, he has earned a ton of championships, notably scoring several victories at the RAW Nationals. Most recently he earned a win at the Arnold Con-Cret Pro Bench Bash, in what was his second showing as a Master’s competitor.

Judging by the way he looked at that bench only meet in March, Jaisyn Mike has been putting a ton of focus into that lift lately. That was on full display when he took to Instagram, to show off some of his bench press training. Although there were several crazy sets, the most notable one was the gigantic 563lb “death rep” he turned in.

This was definitely a solid training session from Jaisyn. He explained that he is going for 300lb before the end of the year, and he is definitely putting in the work to do so. It is fair to say this particular lift was a bit of a struggle, but he certainly has time to reach the extra 100lb or so, to hit his goal.

Here he is in another bench press session, this time doing a 542lb paused double:

Jaisyn Mike has been doing a ton of impressive things so far this year. If all goes according to plan for him, he will only get better before 2020 is said and done. You better believe we will be keeping an eye out to see if he can follow through on his plans for a 300kg bench press.