The bodybuilding icon and co-founder of the Arnold Sports Festival, Jim Lorimer, has passed away. 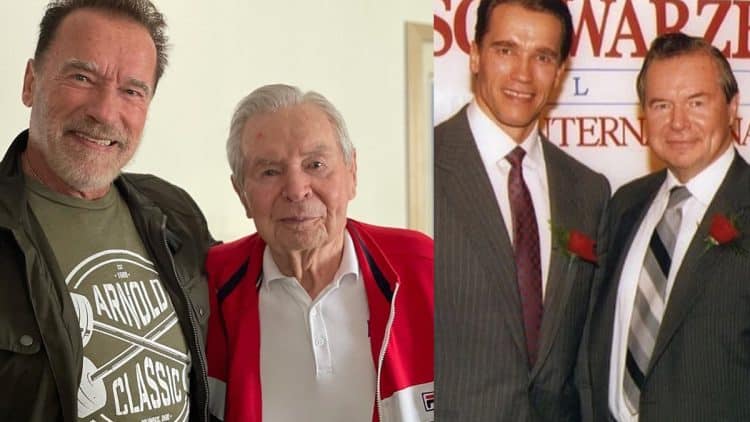 Lorimer and legendary Arnold Schwarzenegger founded the Arnold Sports Festival in 1989. Over the years, it has grown into the second most prestigious bodybuilding competition. Since its inception, the show has hosted some of the most elite competitors, many of whom went on to become Mr. Olympia.

“Jim Lorimer will live through the millions of people he inspired to join our fitness crusade and tune in to this little niche sport called bodybuilding,” Arnold Schwarzenegger wrote.

Reflecting on how much his relationship with Jim Lorimer meant to him, Arnold added:

While most people associate Jim Lorimer with Arnold Sports Festival, his work in the sports industry spans over seven decades. Arnold revealed that Jim Lorimer was a pioneer of promoting women’s sports and started doing it when it was nearly not as popular as it is today. Lorimer founded the Ohio Track club women’s team and later became the chair of the US Olympic Committee for women’s sports.

“In between his job as an FBI agent and an executive  at Nationwide insurance, he helped turn around our Olympic team so we could start beating the Russians,” Arnold wrote.

“He became so legendary for his promotion of sports that he was asked to host the 1970 World Weightlifting Championships. He decided to host the Mr. World competition to sell more tickets, and the rest is history.”

Lorimer’s success in these endeavors led to him hosting the Mr. World competition where his association with Arnold began.

“I saw how well Jim treated the athletes and made the commitment then and there to work together to elevate the sport of bodybuilding. It was one of the magical moments and it was The destiny that we met. But it was Jim fanatical commitment to the sport and fitness that laid the foundation for our fate,” Arnold wrote.

It was the mission of Jim Lorimer, in collaboration with his brother Bob Lorimer and legendary bodybuilder Arnold Schwarzenegger, that the event would be used to increase the mainstream exposure of the sport and athletics industry, in addition to educating and inspiring the next generation of athletes through the event.

As well as his work as a promoter, Lorimer served as a member of the President’s Council of Sports, Fitness, and Nutrition during the administration of President George H. W. Bush. Lorimer was inducted alongside Schwarzenegger into the inaugural International Sports Hall of Fame class in 2012.

Jim Lorimer’s contribution to the sport has been truly inspirational and he will continue to live through the growth of the sport and the Arnold Sports Festival.

Among Lorimer’s survivors are his three children.

Fitness Volt gives heartfelt condolences to the Lorimer family for their loss and wishes them the strength to cope with it.