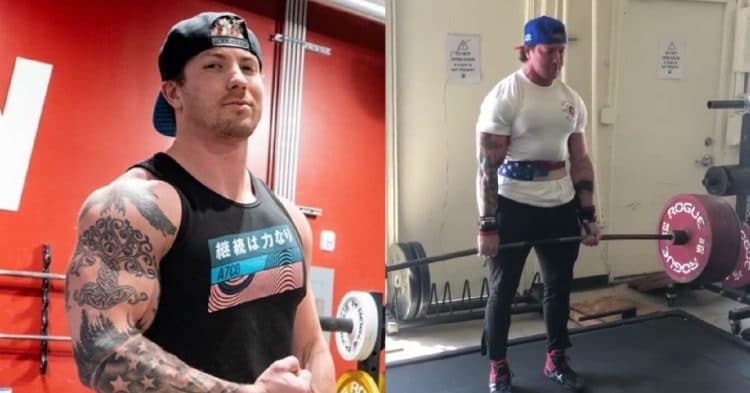 World record holding powerlifter John Haack is looking to make his return to competition this fall. Ahead of this event, he absolutely crushed a deadlift training session.

At 27 years of age, Haack has more than proved his status as an elite powerlifter. The 82.5kg athlete has already crushed some world records, holding the number one spot for heaviest raw deadlift and total in the division. Moreover, earlier this year he captured that same title in the 90kg weight class, with a sturdy 932.5kg total.

It seems that John Haack is planning to make his return to competition soon, at the Showdown, which goes down at the end of September. Ahead of this meet, he has been hard at work in the gym, putting up some big numbers. Most recently, he shared a video to his Instagram, where he hit an unbelievably massive 804lb deadlift, nine weeks out from the event.

“Deadlift with the @strength_cartel crew. Top single moving well at 365kgs/804lbs. 9 weeks out from @the_showdown_meet”

At this point, Haack has not even come close to peaking. Nevertheless he still managed to hit this massive pull, which is just six pounds under his world record deadlift. All signs are pointing to him setting a new record, especially with how much he has been increasing his weight over the last few weeks. Take for example, this 766lb deadlift he hit that looked about as effortless as this recent one, despite the former being nearly 40lb heavier.

Whether it be in the 82.5kg division or the 90kg division, John Haack is always a force to be reckoned with. When he competes on September 26th, at the Showdown, it seems like he will continue this trend of incredible lifts. He looks primed to walk away from this meet with some more loft accolades to add to his collection.