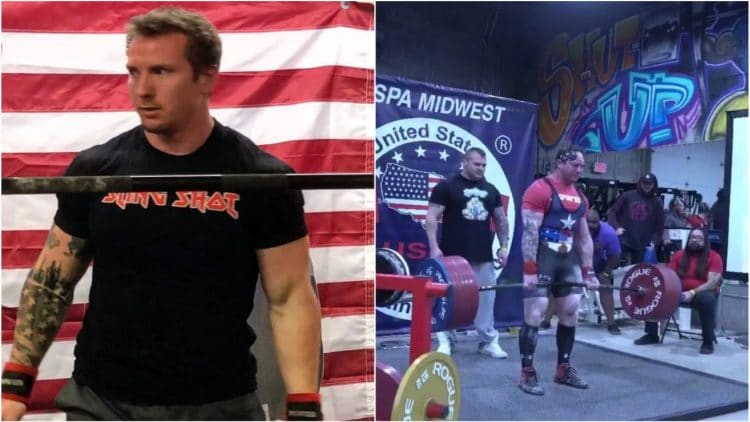 John Haack is certainly one of the most impressive powerlifters going right now. Just in case you were not already convinced, he managed to break another all-time world record to sell you on his skills.

Haack already established himself as a formidable force competing in the 181lb weight division. Here, he managed to set not one, but two all-time world records in this weight class. He holds the top spot for both his raw deadlift, as well as his total lift. His run at 181lb was dominant to say the least.

However, John Haack has now set his sights on a new weight division, the 198lb class. He competed here for the first time over the weekend, at the Metroflex Powermania 2020 meet. To say that he did well would be massively underselling his performance.

Haack went 8/9 on his lifts during the meet, only missing his first squat. Furthermore, what was the most impressive about his showing, was the fact that he managed to hit a whopping 2,055lb total lift. As a result, he received his third all-time world record, this time in another division. He posted his three highest lifts to his Instagram page, so you can bear witness to his record-setting performance.

As Haack explained in the post, he weighed in at 197.7lb for the meet. Then he hit a 722lb squat, 523lb bench, and 810lb deadlift, to score his new world record total. It is insane to think that he can still be as powerful and successful as he is, even in a new weight class.

John Haack will next be competing at the ProRawXII, during the Australian Sports Festival. It is unclear if this will be another contest at 198lb, or if he will go back to his typical 181lb. Either way, he is sure to bring another ridiculous performance.

17-yo Powerlifter Jackson Powell Breaks 4 National Records At One Meet!