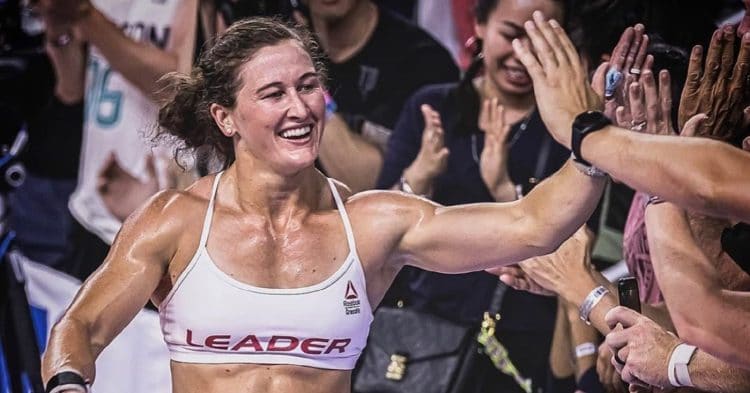 As the four-time Fittest Woman on Earth, Tia-Clair Toomey certainly has a hectic life. However she decided to let fans see what exactly her daily routine entails in a recent YouTube video.

Cookeville, TN is the place where Toomey lives and is working hard to prepare for the 2020 CrossFit Games. The video she uploaded shares that she starts her day off early, with a cup of tea and some stretches, before getting right to her first workout, which is the CrossFit WOD. With it being summertime, she looks to get through her first workout before it gets too hot, exercising with the equipment she has at her apartment. From there, Tia-Clair Toomey has her first meal of the day: a shake made up of post-workout, protein, and glutamine.

“Right now we’re leading into the Games, and we’ve still got a few weeks to go, but I’m doing predominantly double sessions, sometimes triple sessions a day. There are days where I have active recovery, or I’m just going in the gym and doing one single session. Because of the Games, we don’t really know what we’re training for, we really need to try and just hit such a wide variety of components, just to make sure we’re touching base on everything, and that we’re fully prepared when it comes to the Games time.”

After taking a couple hours to rest and shower up, Tia-Clair Toomey makes her second meal of the day, which is a more traditional breakfast. She has two fried eggs, a bagel, and some green vegetables. Next she heads to CrossFit Mayhem to have her second training session. This session consists of snatches, a bike ride, and handstand walks, as well as an EMOM workout of burpee buffs, box jumps overs, and handstand push-ups.

Once her second session is done, Toomey heads back home for another meal. After that is one last training session; 40 minutes of her on the bike machine. Her day then concludes with dinner and some television, before heading to bed.

What do you think of the daily routine of Tia-Clair Toomey? Do you think you could keep up with her?