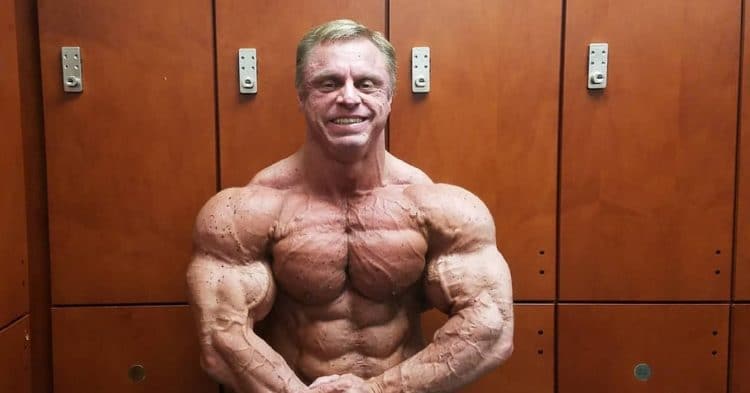 John Meadows is a bodybuilder and entrepreneur, who has been around the sport for a long time. Unfortunately, he is in the hospital, after suffering a heart attack.

When it comes to strength and training, few people have as much experience as John does. During his bodybuilding career, he earned health and fitness degrees which he used to help others with their goals. All of this, while competing successfully as a bodybuilder, with some notable performances over the years.

BREAKING: John Meadows a Beloved Bodybuilder And Coach Has Passed Away at 49

Now it seems that John Meadows could use your thoughts and well wishes right now. According to a post from his wife to his Facebook, John suffered a heart attack on Monday evening and was admitted to the hospital. The post reveals that he is okay and that it is believed to have been caused by a clotting disorder.

This is Mary, John has suffered a heart attack today. His blood vessels appear to be fine. Potentially a clotting disorder with his blood. He is in the hospital now. Please keep him in your prayers. Thank you!

“Get Well soon brother @mountaindog1 !” Steve Kuclo said. “John suffered a heart attack today and is in the hospital now. Please keep him and his family in your prayers. 🙏🏻❤️”

“We are taking some hits as of late!” says Mr. Olympia Brandon Curry. “I just got word that my friend @mountaindog1 suffered a heart attack! Please lift him up in prayer! I’m hearing that he’s going to be ok but let me tell you-this is one incredible man. A good, decent and genuine man that has a passion and love for the sport of bodybuilding! He’s one man that I’ve admired for a very long time and I’m so sad to hear this news. Please lift him up in prayer y’all! 💪🏿🙏🏿 Talk soon brother!”

“Everyone please keep @mountaindog1 and family in prayers!” fellow bodybuilder and friend Shaun Clarida begged. “He suffered a heart attack earlier today and is in the hospital. –

He’s been an amazing friend to me and my training coach for many years and I’m sure he’s motivated some of you as well, so please keep him in thought. -“

FitnessVolt would like to wish John Meadows a speedy recovery from this terrible situation. Hopefully he will be back on his feet soon.