Life and Accomplishments of Rachel McLish 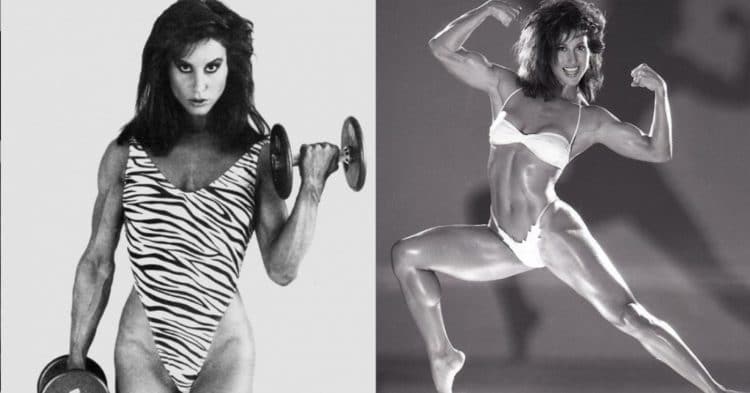 Rachel McLish is a female bodybuilder, author, and actress. This is her life story, training regimen, diet, and more.

Born in Harlingen, Texas, Rachel McLish was popular at an early age, during her school years. She was blessed with a thin and attractive physique, which a sweet personality, that led her to being a favorite in high school. Moreover, she was asked to join the cheerleading squad, which proved to be a turning point in her young life.

From that point, Rachel began to find a love and passion for fitness. She started going to the gym, to increase her ability for cheerleading, but found herself truly enjoying the fitness aspect of training. As a result, she chose to go to college after high school, earning her degree in Health and Nutrition in 1977.

Using this higher education, McLish chose to open her own sports club, pursuing fitness as a full time career. This led to some serious success, causing her to look to expand that business. Before she knew it, she had opened two other facilities in Texas by 1980, and was a well respected figure in the fitness industry.

It was this success in the fitness industry that led Rachel McLish into a career as a bodybuilder. She managed to meet bodybuilding legend Lisa Lyon, which opened the door to her interest in the sport. Up until that point, she had no desire to compete, but this interaction, as well as motivation from bodybuilding magazines led her to try her hand at the sport.

Backed by a serious background in fitness, and a desire to promote her sports clubs, McLish entered the sport with a bang. She took the stage for the first time at the 1980 US Bodybuilding Championship, looking to earn to publicity for her businesses. However, much to her own surprise, she managed to win the show, surpassing any expectations.

From there, Rachel only got better. She would compete just one more time, before she would attend the inaugural Ms. Olympia contest at the end of 1980. She would score favor with the judges for her astounding physique, winning the contest, and etching her name on the history books as the first ever Ms. Olympia.

Over the next several years Rachel McLish would have several appearances on television, winning multiple events along the way. In this time she would earn a name for herself, getting noticed for her lean figure. Moreover, she would win the 1982 Ms. Olympia, cementing her place as an impressive competitor.

Rachel would compete for the last time at the 1984 Ms. Olympia contest. Although she was just 29 year old, and did scored second in this contest, she would retire from the sport. She explained that she did not care for the direction the sport was going in, as the reason she ultimately chose to retire. Regardless, she had already cemented her place as a pioneer in female bodybuilding.

Following her retirement from bodybuilding, Rachel McLish wanted to try her hand at a writing career. She wrote a handful of books, with the intent to provide assistance and motivation to women who are looking to follow their fitness goals. These books were highly successful, with both Flex Appeal by Rachel, and Perfect Parts becoming best sellers.

In addition to that, Rachel had some film roles as well, stemming from her appearance in the documentary Pumping Iron II: The Women. Most notably she was seen on the big screen in 1992’s Aces: Iron Eagle III and 1996’s Raven Hawk. In addition to that, she has also made appearances in music videos, as well as a fitness instructional video with Arnold Schwarzenegger.

During her prime, Rachel McLish tended to do weight training three days in a row, then taking a day off. In addition to traditional bodybuilding exercises, she also like to put a particular focus on her leg strength. She did this, by doing ballet, alongside the normal things done in the weight room.

This is Rachel’s training split:

Day 3: Back and Shoulders

One of the biggest aspects of Rachel’s career is the fact that she refused to pack on a ton of muscle mass. So her workouts are indicative of that mindset. These types of exercises leave her with a lean but toned physique.

Rachel McLish takes a unique approach to her diet and nutrition plans. She is not much for calorie counting, or only eating specific foods. Instead, she takes the way her body reacts to food into consideration when following her daily diet.

Typically Rachel will eat three meals a day, leaving room for two snacks if she needs it. She says that there are no foods that are off-limits. Instead, she says it is important to pay attention to how her body feels after eating something. From there she makes judgments as to what else she may or may not need to eat moving forward.

Although Rachel McLish did not compete as a bodybuilder for very long, her influence on the sport is undeniable. As the first Ms. Olympia winner, she will forever be in history books for her contribution to female bodybuilding. Add that with the impact she has had on the world outside of the sport, and there is no denying how important she has been in history.