Johnnie Harris Rips Through Huge 585lb Floor Press For 4 Reps In His Backyard! 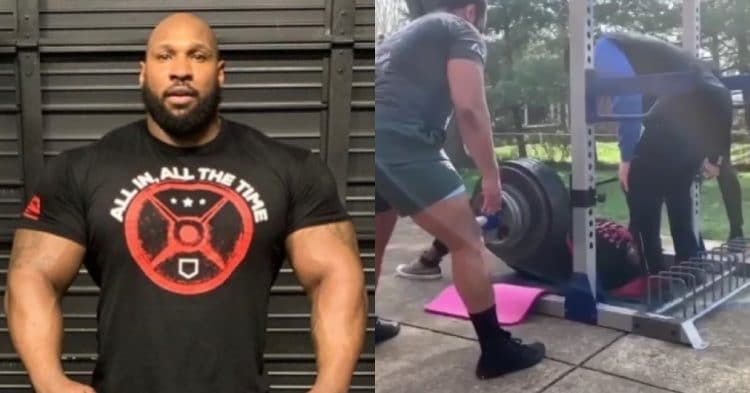 Like the rest of, Johnnie Harris has been banished to his house for all of his training sets. That has not stopped him from getting in some serious training though, as he showed recently.

Harris has been taking the powerlifting world by storm over the last several months. From the moment he made his competitive debut, he had people’s heads turning with how strong he was. This was displayed big-time when he set a new record for being the lightest person to ever bench press 700lb raw.

Being a man who loves the press serious weight, Harris would not be deterred by the fact that gyms have been temporarily shut down. In fact, as he showed in a recent video to his Instagram, he has been working just as hard while at home, as he would be in the gym. Most recently that came in the form of a massive 585lb floor press, done for 4 reps, while in Johnnie’s backyard.

Clearly Johnnie Harris is still intent on hitting the 725lb goal he has set for himself. If he manages to accomplish this, it will be a super unbelievable feat. Although it would not be very surprising, given the amount of work he has been putting in. Here he just a few days earlier, doing 6 reps of 525lb, still in his backyard.

All in all, it is pretty inspiring to see that Johnnie Harris is still keeping his eyes on the goal ahead of him, despite how difficult current situations are. Many athletes have been struggling with staying motivated, or knowing how to properly train during these times. However to see him doing these impressive sets, and maintaining his focus on the 725lb plans, he has managed to provide motivation to others looking to keep their own priorities straight.