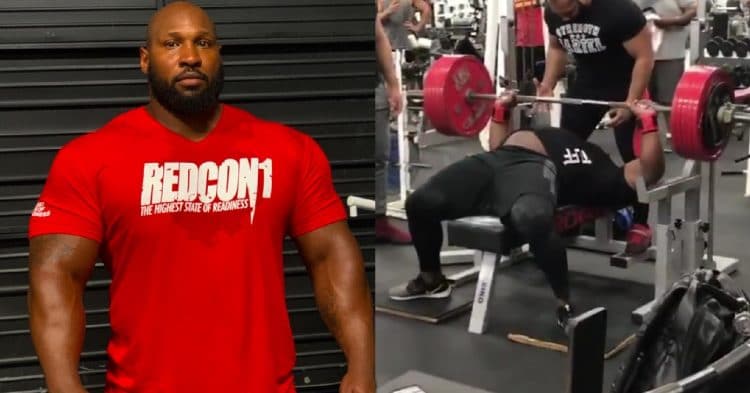 World record holding powerlifter Johnnie Harris has his sights set on reaching a pretty hefty bench press goal. In the efforts to do so, he turned in a crazy workout session.

There can be little argument that Harris is pound-for-pound one of the best bench pressers in the world. This was evident from the moment he burst onto the scene in 2019. However he took it up a notch earlier this year, when he became the lightest man to bench press 700lb raw, being the only man to do so while weighing less than 300lb.

Following this incredible accolade, Johnnie Harris has moved on to his next goal: a 725lb bench press. This is something he has been intensely training for recently, as he showed with a recent post to his Instagram. Here, the 32-year old was seen absolutely tearing through a solid 650lb bench press triple, hitting it with little resistance.

This was a clinical performance from Harris, and it was consistent with the level of strength we have come to expect from him. All three reps went up smoothly, and his power is evident by the end of the set. It was clearly not as easy as a warm up set, but he got the job done and it was as smooth as can be.

Harris has been amping up his training recently, in order to reach his 725lb goal. Each time we see him, it is with a bigger lift than the last one. This is evident when you compare this to the 585lb triple he hit a few days earlier.

From the start, Johnnie Harris has offered nothing but nonstop incredible bench press performances. He seems to be intensely focused on the 725lb task at hand, and is working his training accordingly. If he can pull this off, it will put him in contention for Julius Maddox’s world record.