IFBB Pro Bodybuilder Johnnie O. Jackson is coming out of retirement to compete at a powerlifting meet this fall 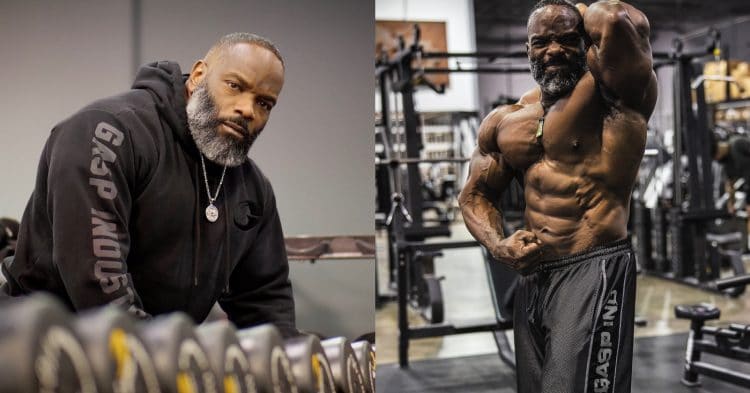 Fan favorite IFBB Pro Johnnie O. Jackson has not stepped on stage as a bodybuilder since 2017. He will be competing again soon however, only this time it will be in the world of powerlifting.

During his time in the sport, Jackson garnered a reputation and strong fan following for his impressive physique. He has been regarded as having one of the best and most developed upper bodies in the entire sport.

Aside from that, Johnnie O. is also ridiculously strong too, being considered by some to be the strongest bodybuilder of all time. Throughout his bodybuilding career, he also dabbled in various powerlifting contests, prior to his retirement in 2017 and subsequent comeback in 2020.

However it seems that at 50 years old, Johnnie O. Jackson will be competing again. Although this time, he will be putting all of his focus into the world of powerlifting.

Johnnie posted to Instagram to say that he had a big announcement coming, and offered a prize to anyone who could guess it correctly. Sure enough, he revealed a short time later that this announcement was that he is competing in the Metal Militia Powerlifting Federation’s 2021 Texas Takeover on October 16th.

“Make sure y’all follow my weekly progress leading up to the show!”

This announcement has fans of Johnnie O. Jackson brimming with anticipation. It will be just the second time in four years that we will see him in some sort of competitive format, and it is going to be interesting to see how he does in the world of powerlifting.

He also makes reference in the post, to his strong deadlifting skills which he has put on display numerous times in the gym. You can see that again with the video below, of what appears to be him deadlifting 4 45lb plates on each side, totaling to about 360lb done for a solid five reps.

According to Open Powerlifting, the last time Johnnie O. Jackson competed in powerlifting was 2012, with the time before that being in 2009. Most of his meets have been either deadlift only, or deadlift and bench, but he has been known to deadlift as high as 832lb raw.

Obviously times are different now, and he is much older, so it will be curious to see how he performs. Either way, his fans are going to be pumped to see him back in action this fall.