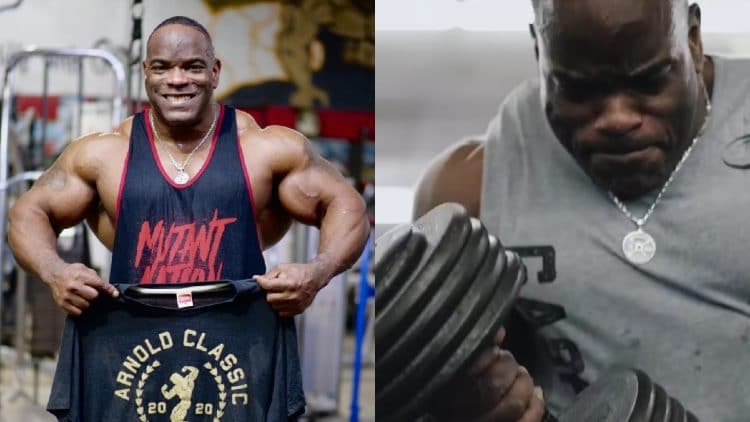 Johnnie O. Jackson is looking to make a big statement when he takes the stage at the 2020 Arnold Classic. In preparation for the event, he is looking absolutely massive in the gym.

Standing at 5’8, Jackson is not the tallest bodybuilder, but he is a tank of a man. This has allowed him to have some serious success in competition, for the better part of 20 years. He holds wins at the Toronto Pro, and Arnold Classic South Africa, as well as numerous appearances at the Mr. Olympia.

However, Jackson has not competed since 2017, with his last contests being the aforementioned wins in Toronto and South Africa. Although that will all change, as he is making a return to competition, at the 2020 Arnold Classic. When he takes the stage in Columbus, Ohio in three weeks, he will competing against some of the best names in the sport today. It will be his sixth time appearing at the show, with his best performance being a forth place win in 2013.

Johnnie O. Jackson is taking this return super seriously. This became evident, when he posted some training forage to his Instagram. The pair of videos show a gigantic man, who appears ready to compete. He looks beastly, and ready to take the stage.

Jackson is training here, alongside Branch Warren, and looks stellar. The first clip really shows how massive he looks headed into the contest, with his arms and traps looks enormous. The best part of the second video though, could be the unbelievable amounts of sweat that pours out of his shirt as he wrings it out. It is a clear indication of how much work they are putting in before the show.

Johnnie O. Jackson is clearly taking this comeback very seriously. He is working to prepare himself, and it will be exciting to see how he looks, when the competition comes around.