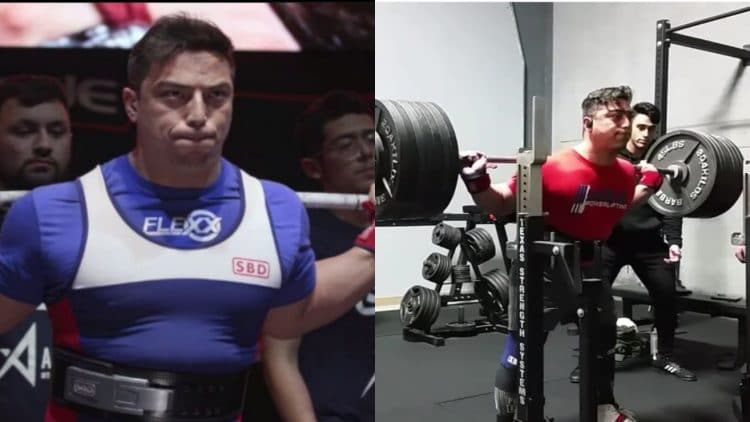 Jonathan Cayco likes to go by the nickname “Mr. Bench” because of his uncanny ability to destroy the bench press. However, as he showed recently, there is much more to his game than that.

Cayco is a killer powerlifting champion, having won the 2019 RAW Nationals, and California State Championships. As a result, he is headed into 2020 with a ton of momentum that he is looking to capitalize on. However, in order to do that properly, he knows that it requires some serious work to maintain what he has already achieved, and to get better.

So far, things seem to be going really well for Cayco. He was seen earlier this year, hitting a ridiculous 545lb bench, while weighing only 205lb. It was a lift that unofficially broke the all-time world record for the weight division.

Nevertheless, as previously stated, Jonathan Cayco goes by the moniker of “Mr. Bench.” Subsequently, a lift like that, while ultra-impressive, was to be expected if you know where skills lie. On the other hand, what is also incredible, but gets much less attention, is Jonathan’s squats. He recently showed this off with a post to his Instagram, where he absolutely annihilated a 700lb squat.

Cayco makes this look so clinical, hitting the lift smoothly. To put in perspective how impressive this is, her current competion best is a 666.9lb squat, so he increased this by a whopping 30lb! Not to mention, he explains this session hit a total of 2014lb, which is an outstanding 100lb more than his 1914lb competion record.

Jonathan Cayco continues to show, time and again, that he is one of the most elite powerlifters in the world. He clearly seems primed to blow through his contemporaries this year. Moreover, he clearly has his eyes set on the 2020 IPF Worlds, and appears more than ready.