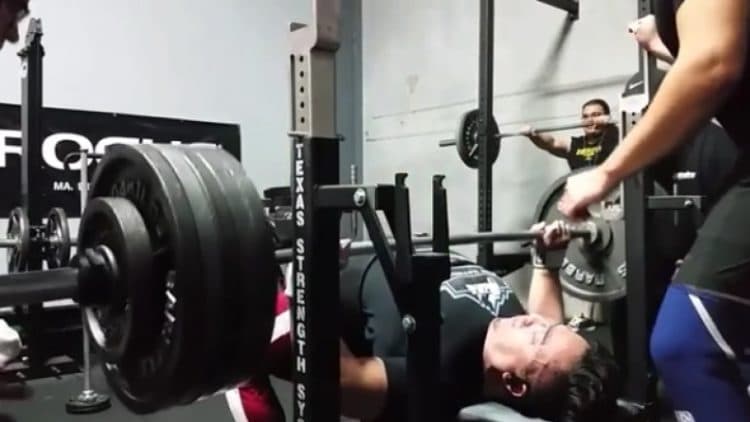 Jonathan Cayco is known for being “Mr. Bench” for a reason. He displayed that reason recently, with a massive 545lb bench press.

Cayco has been really making a name for himself as a powerlifter to be feared, when he comes to a meet. Competing in the 205lb (93kg) division, he holds multiple records, both officially and unofficially. Last year, he scored the American record for total lift (which was also an unofficial world record), establishing the 28-year-old as a truly elite athlete.

At the 2019 Raw Nationals, Cayco had his best competition performance to date. He managed to amass a total lift of a whopping 1914.7lb. This came as a result of him going 9/9, catching a 666.9lb squat, 509.2lb bench, and 738.5lb deadlift. It was a truly dominating display, leading to his first place victory in the division.

However, it could be argued that Jonathan Cayco does some of his best work outside of competition, and in the gym. This was shown again recently, as he managed to bench press an unbelievable 545lb (247kg) for a single rep. Not only that, but he did so in a way that seemed like it was effortless. He shared the video of the session to his Instagram.

What is crazy about this lift from Cayco, is the fact that if this was during a contest, it would be a massive 33lb (15kg) heavier than the current record for the class. That record is currently held by Cieri Dennis, who scored it back in 2012. Even if he were to compete in bench only, it would beat the record for that, as well.

Jonathan Cayco continues to be one of the most impressive powerlifters in the world today. It will be exciting to see him at his next contest, to see if he can make this record official.