Jordanne Panton Deadlifts 3.5x Her Bodyweight With A Strong 495lb Pull For A New Personal Record 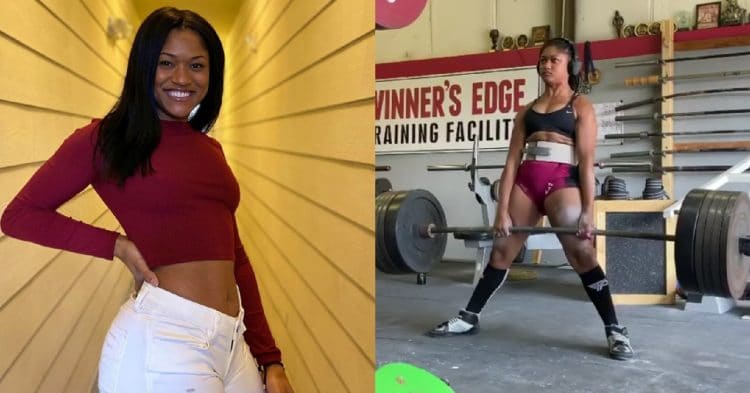 Having competed as a powerlifter since she was 14, it comes as no surprise that Jordanne Panton is able to hit some pretty impressive numbers. However she recently reached a new high in her still very young career, by landing a new personal record in training.

Few junior powerlifters get the same type of experience that Jordanne has had. She got an early start to her career, and has stayed active throughout it, competing as a 63kg lifter for most of it. Moreover she has won most of her meets, most recently scoring first as a junior and seventh as an open competitor at the RAW Nationals late last year.

Since then, things have not slowed down in the least for the talented Jordanne Panton. She recently took to her Instagram to show off the progress she has made, and it is quite impressive. She did this by absolutely destroying a gigantic 495lb deadlift, following two warm up sets.

There was a bit of a lockout as Jordanne pulled the weight. However she persevered and finished the deadlift, scoring the personal record in the process. With as calm and composed as she looked, you would not guess that this is 30kg past the world record for the weight class.

This came just a couple of months after Panton achieved her previous PR. This was a 485kg deadlift that she hit, which she was extremely happy about at the time. Ironically though, it seems like she struggled more with this lift, than she did with the one that was 10lb heavier.

When looking at the work she has been doing lately, it is easy to forget how young Jordanne Panton is. The fact that she is already hitting these kinds of numbers, while not even being close to her physical prime, means that there is a lot to look forward to in her career moving forward.